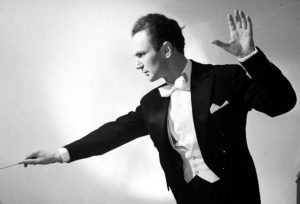 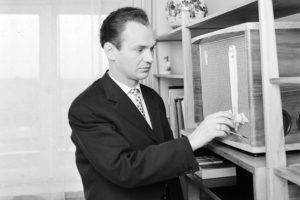 “We met in Sofia in 1963. I was very ill, and my face was sore and swollen from sinusitis. I even had to undergo a sinus drainage, as the concert was due to be televised! Eugene was of enormous comfort to me. When you first met him, Istomin could give the impression of being quite strict and almost academic in bearing – but you soon realized that he was warm-hearted and extraordinarily sensitive.

He was a fascinating character. He belonged to the old school of nobility. He reminded me of Fitzgerald’s Gatsby. He was a sum of contradictions, fiercely criticizing modern life while at the same time being incapable of living anywhere else other than in the turmoil of New York or Paris. He had always been committed to democracy and freedom, but he regretted that they were falling into demagogy, in a race to the bottom and a renunciation of true educational ambition. ‘The people are asking for shit? Well, let’s give them some!’

Sometimes he would call me from the other side of the world simply in order to read me the poems he had just discovered or rediscovered. Eugene had exceptional intelligence and boundless curiosity. In his later years he became interested in astronomy and I followed in his wake, carrying with me everywhere the little treatise he had recommended, and – thanks to him- enjoying the poetry of the universe. 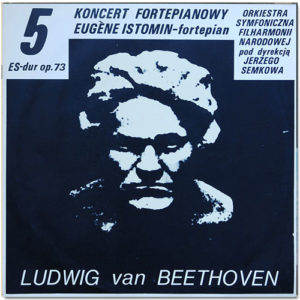 After hearing him in Sofia, I was so thrilled that I talked to some of the Polish managers and suggested they invite him. It was easy to convince them because despite the Iron Curtain, they were familiar with his name, and already knew that he was one of the greatest pianists of our time. However, the political obstacles were such that it took more than ten years for him to come to Warsaw. In 1976, he gave a recital and played the Emperor Concerto under my direction (the live recording was published by Polskie Nagrania). A few years later we performed Brahms’ Second Concerto there as well. 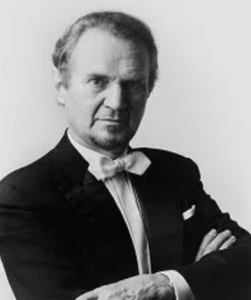 In the mid-70s, we contemplated performing and even recording Szymanowski’s Symphonie Concertante in Warsaw and the United States, but it never happened, due to diplomatic problems. To be honest, I have never been very enthusiastic about this work, even though I ended up recording it with Piotr Paleczny and the Polish National Radio Symphony Orchestra a few years later. The beginning is amazing, but at the end it loses its way in the popular dances. The orchestration is extremely rich, even excessively so, and it is a huge challenge for the conductor to balance the sound of the orchestra with that of the soloist.

I often had the chance to conduct him in the United States. I deeply regret that due to terrible back pain, he had to cancel a concert in June 1997 with the Orchestre Philharmonique de Radio France in which we were due to perform Mozart’s Concerto No. 21. It would have been our last concert together.

However, the deepest musical emotion I remember is of an evening when he played for a few friends. I was literally carried away by his performance of the Mozart Sonata K. 576 and the Schubert D major Sonata.

Eugene didn’t have the end of career which he deserved. He was not eccentric and flamboyant enough to please the media and the general public. In fact, if his career was sidelined from the most prestigious venues, it is simply because he detested the managers and incompetents in the music world, and manifested his distaste too clearly. In the United States, everything goes through managers. He changed managers several times, but he never got along with any of them. They didn’t speak the same language. Music was increasingly submitted to the dictates of the market – the artist had become a commodity. As early as the 1970s, when he was barely 50 years old, he told me: ‘I am too old to be involved in this fight’.

What also moved me quite deeply was Eugene’s dignity in illness, never complaining or giving up.” 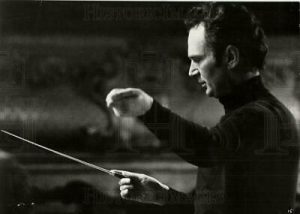 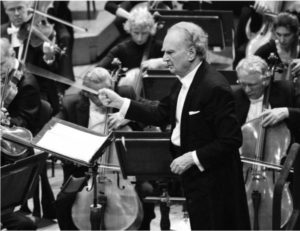