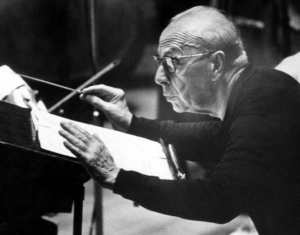 In 1986, Eugene Istomin told John Tibbetts in a radio interview: “Szell was very difficult but he was a music giant. I fought with him very often, but I keep a great affection for him, a love even, because he was a great, a very great artist. I have many memories of my collaborations with him.”

Szell had followed Istomin’s career very early on. He had been a member of the jury for the Leventritt Competition which was awarded to Istomin in October 1943. Szell (with Klemperer) had attended his first New York recital at Town Hall on March 24, 1944. However, it was not until February 1948 that their first collaboration took place: Chopin’s Concerto in F minor at Carnegie Hall with the New York Philharmonic. Szell was always eager to establish his authority over his soloist, and he could be very unpleasant. During the rehearsal, he told Istomin: “It’s very good, but you play it a little too seriously! You should cultivate Chopin’s superficial charm.” Istomin was upset, both musically – he found the advice completely  inept! – and humanly, as he felt he was not respected as a soloist .

The following year, Istomin was on the jury of the Leventritt Competition for the first time,. The other members were Serkin, Schneider, the great impresario Arthur Judson, and George Szell. After the first round and the semi-finals, only one pianist was accepted for the final: Gary Graffman. Nevertheless, Szell did not want to give him the 1st Prize and came into conflict with the rest of the jury, who thought that Graffman really deserved it. Szell finally gave in… 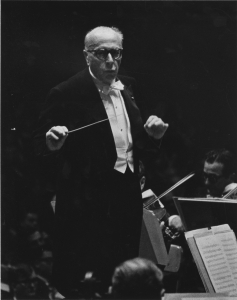 In January 1950, Istomin performed Brahms’ 2nd Concerto with the Chicago Symphony Orchestra under Szell. From the start of the rehearsal, the atmosphere turned out to be stormy. Szell stopped several times to give him advice, in a patronizing and artificially friendly tone, which made Istomin wild with rage. At the end of the rehearsal, in the finale, he clearly showed his disagreement with the tempo and phrasing of the conductor. Szell was furious! Backstage, he threatened never to hire him again, and took revenge at the concert! In the 2nd movement, just before the notoriously difficult passagework in octaves, pianissimo and legato (bars 215-222), Szell slowed down unexpectedly. Istomin, who usually mastered this tricky passage with flying colors, was taken unawares and missed it. William Kapell, who was a great friend of Istomin’s, was attending the concert and was shocked by Szell’s attitude. Immediately afterwards, he rushed into Szell’s dressing room and voiced his disapproval, shouting, “How dare you treat your soloist like this?!” 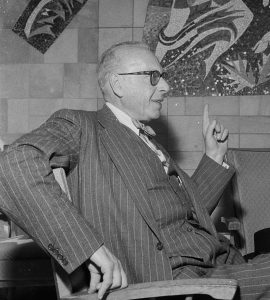 Such disputes might have led to a definitive breakdown, but Szell recognized talent when he heard it. After their difficult collaboration in Chopin’s F minor Concerto, he invited Istomin to play Mozart’s Concerto K. 271 with his Cleveland Orchestra. This time, their mutual musical understanding was flawless. Eventually, Istomin became a partner of choice for Szell, in both Cleveland and New York. The tension and spirit of opposition which characterized their collaborations gave rise to great achievements, especially a fantastic Beethoven Fourth Concerto in December 1955 at Carnegie Hall, which was ecstatically received by the audience and got unanimous rave reviews.

Being a pianist himself and a great lover of chamber music, Szell was a fervent supporter of the Trio and appreciated Eugene’s work on the piano. In 1969, when Istomin, Stern and Rose performed Schubert’s Trio in E flat major at the Edinburgh Festival for the first time, Szell was in attendance. When the concert finished, he rushed backstage to tell them how happy he was to hear such a wonderful performance of this great masterpiece, and confessed to having felt rejuvenated! 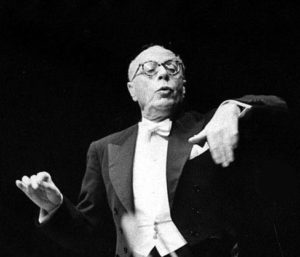 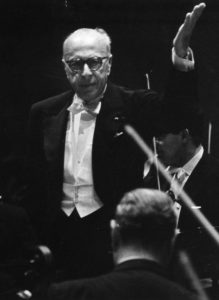 Chopin. Piano Concerto No. 2 in F minor Op. 21. Eugene Istomin. New York Philharmonic Orchestra. George Szell. Live recording on March 7, 1948. Even though the sound is very poor (original recording on acetate discs), one can hear that this is truly a great performance. which also shows that there was a mutual understanding between the soloist and the conductor, despite their argument during the rehearsal!