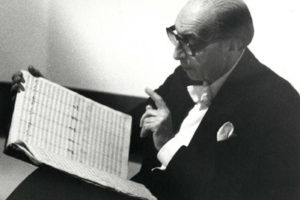 Enrique Jorda (1911 – 96) succeeded Pierre Monteux as music director of the San Francisco Symphony Orchestra in 1954. He stayed there until 1963, resigning one year before the end of his contract. The opposition from the critics, the orchestra musicians, and the public had become too strong. He was appreciated for his interpretations of modern repertoire, especially Spanish (his recording of de Falla’s Nights in the Gardens of Spain with Rubinstein was a reference for years), but his versions of the classical and romantic works aroused  much more dispute, especially in Mozart. Leon Fleisher remembers the first rehearsal of a concert entirely devoted to Mozart’s piano concertos in 1956. He and Istomin were each to perform a concerto (No. 25 for Fleisher and No. 9 for Istomin) and, together, the Concerto for Two Pianos K. 365. Jorda stated that the 9th Concerto was his favorite, and he began singing it with terrible phrasing. Sensing Istomin’s distress, Fleisher thought he would protest – but instead, Istomin just frowned and bit his lips. The rehearsals were the occasion for schoolboy jokes from Fleisher and Istomin – playing one octave higher or lower, switching parts, and making faces! The concert went as well as could be expected under the circumstances. 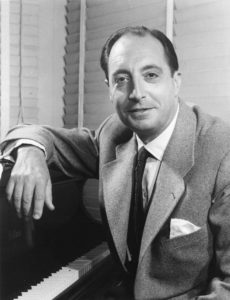