> The Virtuoso and Chamber Music | Prisoner of perfection

Istomin’s musical philosophy was based on his Platonic convictions: “Learning is in fact remembering what you already knew before you were conscious. All knowledge is only reminiscence – we are only revealing what we already have in ourselves.”

Istomin was faithful to this philosophy in every respect. He trusted his gifts and instincts: “I always reacted to music intuitively, as I still do today.” Unlike his friends Kapell or Jean-Bernard Pommier, he did not have a systematized learning process, either in terms of interpretation or memory. He would look at a piece and play it freely until he felt that it really “spoke” to him, or, more precisely, until he had something personal to communicate by playing it in public. 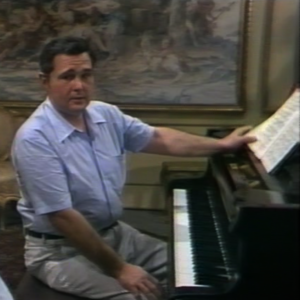 This maturation was essentially instinctive. Istomin did not want to launch immediately into the intellectual, sensory and motor process that would one day lead him to complete possession of the piece. For him, attempting to control this process would have meant a loss of magic and mystery – both qualities which are essential to art and in particular, to music. His work was a kind of musical catharsis, which made it possible to bring forth the echoes from his soul which the piece had awakened there.

The conscious part of the process began with a very rigorous reading and analysis of the score. Later on, it mainly involved critical listening, which evaluated and guided the assimilation of the piece until Istomin was convinced that it was ready to be performed in public. It could be a long journey! Over the years, and more particularly in the late 1970s and early 1980s, the time required to learn a new piece grew longer. He used to jokingly assert that in his youth it took him three days to learn a Mozart concerto, but that now he needed three years. With age, instant memory functions less well while critical listening becomes more and more severe! As a result, Istomin had to approach the memory work in a more conscious way.

The choice of repertoire 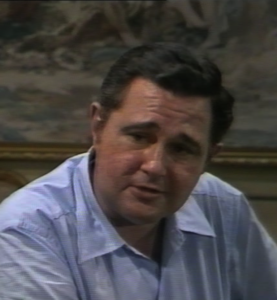 An interpreter is defined first of all by the repertoire he plays. In an interview with Robert Jacobson, Istomin explained his choices: “It’s valuable, for instance, to play a Prokofiev sonata beautifully – but it is more important to play a Beethoven sonata well because it’s musically more important. If you play Mozart beautifully, you can play the entire area up to I don’t know where, because technically it demands the kind of control that is required in the entire repertoire. For me the most difficult, the deepest music is in Mozart, Beethoven, Schubert and Haydn.’’

These were the classical roots which were essential to his life as a musician. He added their natural heirs (Schumann, Chopin and Brahms) and the master of them all, Bach, who due to a fashionable vogue, had unfortunately become the exclusive domain of harpsichordists. Istomin confided to Jacobson: “It wasn’t arrogance. It was born of the fact that I intuitively knew I had something to say about these composers.” In another interview with Myriam Soumagnac, he said: “I must believe, I must have the illusion, that a work needs me, and that I have something special, something unique to say, that I must play it. There are many works that I admire but that other pianists play very well…”

Of course, his permanent curiosity also led him to other worlds (Debussy and Ravel, in particular) and his Russian roots brought him closer at various times to Tchaikovsky, Medtner and especially Rachmaninoff. 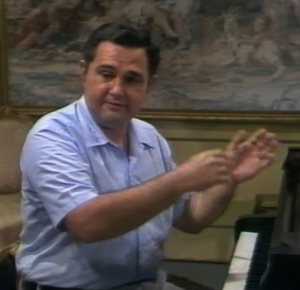 For Istomin to embark on the initiatory journey to bring a new work into its concert repertoire, there were various scenarios which at times were combined: a shock created by a great pianist (Serkin playing the Beethoven Fourth Concerto or the Brahms Handel Variations, Schnabel performing the late Schubert sonatas, or Gieseking Gaspard de la Nuit); a poetic or musical evidence (the Debussy Préludes), the suggestion of an admired and respected colleague (Rubinstein entrusting him with Szymanowski’s Symphonie Concertante, or Horowitz recommending the Chopin Variations by Rachmaninoff). In the last years of his career, there was also the desire to rehabilitate unloved works or composers – the Rachmaninoff Concerto No. 4, Schumann’s Sonata Op. 11, or Medtner’s Sonata in G Minor.

Many pieces began this process, but few reached the end. Istomin was overwhelmed by doubts until the last moment. Already at the beginning of his career, Adolf Busch had to push him on stage to play the Mozart Concerto K. 271. The fact that a work had been announced was not always enough. Istomin was scheduled to play Mozart’s Concerto K. 503 in Prades in 1953 and had even written his own cadenza, but in the end,  he asked Casals to play the Beethoven Fourth Concerto instead. Mendelssohn’s First Concerto had overcome nearly all the obstacles, but ultimately Istomin was reluctant to accept the finale, which he found too superficial. 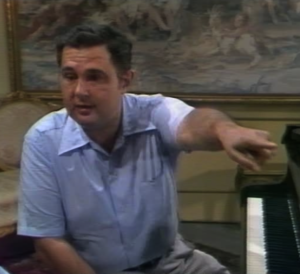 Eugene Istomin summed it up for Jacobson as follows: “The struggle is one for clarification, once a work has been absorbed. And that I do within myself over a period of time. There are phases in learning and they just take time. But the goal is clarity… That is what you have to do when you play music: make it clear. Then there is a question of eloquence. As for the formal, structural things, those one takes for granted after a while. You study a work and you bring whatever a human brings to it, your consciousness, applied to the best of your ability. But when it comes to the performance and the interpretation, the giving to someone else, it is all a matter of execution. As one gains more and more experience in playing a piece there is a process of etherealization that takes place – a simplification.”

For Istomin, the essential quality of an interpreter is his ability to communicate. For him, the absolute model in this field was Casals and his exceptional ability to convey to listeners the fullest range of emotions imaginable. He also admired Schnabel for his ability to clearly convey the deep meaning of a work, even when his technique proved to be deficient. He regretted the lack of conviction of today’s young performers, as he felt that when he was young, he was sure of what he was doing, even if he was wrong!

Growing as an artist

There was always the certainty in Istomin that an artist is someone who has received a gift that is buried within him and that his mission is to allow this gift to be expressed. For this, work and trust are enough because nature does the rest: “I think that probably I have been crossing over from one period of my life into another in a natural way. ’You can count in decades, really, rather than in the space of a season or a given situation. Quite naturally, what has happened has evolved from very original roots.”

Certain stimuli can facilitate or intensify this realization: direct or indirect contact with great performers, the development of as broad an artistic culture as possible, a moral exigence without which art is nothing. Throughout his evolution, Istomin felt that it was a natural process of evolution which stemmed from his original roots.

Istomin was convinced that cultural richness nourishes the performer’s musicality. It does not happen directly – and indeed he rarely made analogies between the arts in his evocation of scores, with the exception of Debussy and the French painting of his time – but by a development of sensitivity and intelligence which would be reflected in the interpreter’s personality and his work. Istomin was worried that young musicians would confine themselves exclusively to the scores, and he encouraged them to open their hearts and minds by discovering other artistic fields. 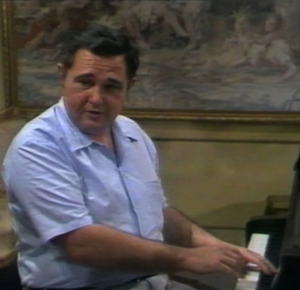 For Istomin, sound is the pianist’s signature. There were so many pianists whose sound was impossible to identify. He was proud that his was immediately recognizable. He had become convinced that the tone was not a matter of hand position, but that it existed intrinsically in the pianist’s head and heart. As proof of this, he commented on the fact that when he radically changed his hand position on the piano in the 1970s, playing with much flatter fingers, his sound was not affected..

His ideal at the piano was to sing. From an early age, singers and string players had been his main source of inspiration. Legato was therefore an essential quality of his playing, through the quality of the attack of the note rather than through a legato itself. He could give the illusion of a perfect legato by playing completely detached! The important thing is the feeling you give to the listener.

Singing also implies the freedom of phrasing. Istomin’s phrasing was indeed free, often very personal, but he never forgot the essential rhythmic pulsation. One day, when asked for a definition of rubato, he replied, “I can’t define it. There is no rubato without measure. Without pulsation, it is anarchy or chaos. There is no plasticity, waves, or curvature in the phrasing without a steady beat below. The curve only appears in relation to this reference.”

Jean-Bernard Pommier, who conducted Istomin in almost all his concerto repertoire, asserts that it was not so easy to accompany him: “Of course, there was the immutable rhythmic solidity. But between the strong beats of the beginning and end of a musical phrase, Eugene often took the liberty of a vocal phrasing, whose subtle inflections could vary from one concert to another. Freedom, but with order, Casals’ famous motto! You have either to be very attentive, or to give up following him too closely because there was a risk of destabilizing the orchestra. Eugene was used to playing with great conductors and it seemed natural to him that you should follow him perfectly!’’ 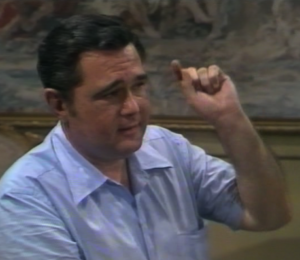 And the search for the right tempo? Istomin did not believe in the existence of an ideal and absolute tempo. Of course, he considered that there are limits which must not be exceeded if we do not want to lose the thread. Some of Gould’s and Richter’s extremely slow tempos left him speechless. He openly confessed to one of his great weaknesses – the tendency to let himself play faster and faster, due to an excess of adrenaline that encourages one to take very fast tempos and to tend to accelerate them. This was particularly the case when the hall’s acoustics did not provide feedback and encouraged him to play even faster. “One of the constants of my work has been to try, sometimes by playing like a snail, to control my desire to always accelerate.” He found it essential to resort to using the metronome from time to time, even if it was frustrating. This was necessary in order to recover a feeling of stability.

On the occasion of his 75th birthday, cellist Sharon Robinson paid tribute to Istomin in these words: “I adore your playing, you have the courage to be honest and the intelligence to be simple.’’

The article is accompanied by views of Istomin talking with Isaac Stern about interpretation, a documentary which was filmed in 1973 (two excerpts are available below).

From an interview of Eugene Istomin by Isaac Stern filmed in Jerusalem on August 20, 1973.

The definition of what music is!

Every musician agrees on the main principles of musical interpretation, but many do not apply them! The difficulty is in the “doing”! Two examples from Mozart’s Don Giovanni…