Mstislav Rostropovich was without doubt the most important person in the last twenty years of Eugene Istomin’s life and career. In the 1980s and ’90s, despite the fact that Istomin’s Carnegie Hall recitals were consistently sold out, America’s major orchestras and conductors persisted in ignoring him. However, Rostropovich continued to invite him to perform on a regular basis as soloist with the National Symphony Orchestra and to take part in the Evian Festival from 1990 to 1997 where they gave memorable chamber music concerts.

Additionally, the pair shared numerous projects and important events (related in other articles of this website): Ronald Reagan’s inauguration concert, their first performance of Rachmaninoff’s Fourth Concerto, concerts paying tribute to Siloti and Abe Fortas, Slava’s sixtieth birthday celebration at the Kennedy Center, and the inauguration of the refurbished Casals Museum, among others. Rostropovich himself took the initiative of organizing a huge party for Istomin’s 75th birthday, and he came and played Bach at his funeral.

The depth of their ties – both as musicians and friends – is evident in two other documents which can be found on this site. In 2002, Istomin’s interview of Rostropovich for the series Great Conversations in Music was filmed for posterity by the Library of Congress. In August 2006, although he was already very ill, Rostropovich graciously consented to recall his memories of Istomin in an interview with Bernard Meillat. However, there were no signs which foresaw such a relationship when the two met for the first time at the Edinburgh Festival in 1968. At that time, Rostropovich was soloist of the USSR State Symphony Orchestra, which was on tour in Western Europe. Istomin remained wary – he certainly admired the cellist, but he was doubtful about his stance on politics. For Istomin, Rostropovich was part of the Soviet nomenclature; he was one of the privileged few who were allowed to give concerts and make recordings abroad. In order to reach this status, it seemed clear that he had to prove his allegiance to the Soviet powers. Nevertheless, Rostropovich’s increasingly firm position in favor of Solzhenitsyn and other opponents of the regime eventually provoked hostility from the Soviet authorities, who stripped him of all musical responsibility and forbade him to leave the Soviet Union. In 1974, Rostropovich was still attracting continuous attention from Western media and had become so troublesome for the Soviet authorities that they decided to send him and his family into exile (he would be deprived of Soviet nationality in 1978). 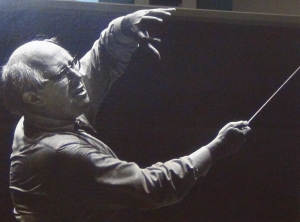 Istomin followed these events closely and as a result, his sympathy for Rostropovich increased markedly. The entire Western world welcomed Rostropovich with open arms, and the American authorities offered him the position of successor to Antal Dorati at the head of the National Symphony Orchestra in Washington. As luck would have it, at the moment when his nomination was announced, Istomin was giving a series of concerts with the National Symphony under Dorati’s direction. Dorati had not been warned that his contract would not be renewed, contrary to what had previously been agreed upon. Dorati was of course furious and on the verge of creating a major scandal. Istomin placated his resentment and even succeeded a few years later in reconciling the two musicians. Rostropovich was in no way responsible for this unpleasant affair. He invited Dorati to conduct the National Symphony Orchestra once again, and Dorati abandoned his former oath to never again set foot in Washington. 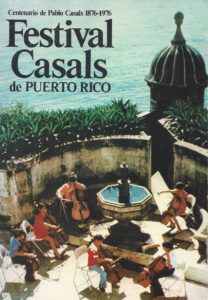 Over the next twenty years, the two musicians collaborated numerous times, giving more than twenty orchestral concerts and six chamber music concerts. Istomin greatly admired Rostropovich, and despite all their differences considered him to be a worthy successor to Casals. Rostropovich was not only the best cellist of his generation, but was also an excellent pianist capable of accompanying his wife, Galina Vishnevskaya, in Russian song recitals. Casals had the same talent! He accompanied Susan Metcalfe in recital in the 1910s and 1920s and much later, in 1958, Victoria de los Angeles. Both artists were also outstanding conductors. Even if their conducting techniques were far from perfect, they knew how to communicate the very essence of a work to the musicians, and succeeded in carrying this out with a deep sense of humanity. As to the political combats which they led, their motives were rooted in the same ideals of liberty and respect for all human beings.

For Rostropovich, Istomin was a living symbol of his dual roots. On one hand he was born to Russian parents, and Slava was certain that he had maintained the soul of a Russian. On the other hand, Istomin was very close to Casals, whom Slava venerated like a god. Performing chamber music with Istomin was a great experience for Rostropovich – it was almost like stepping into Casals’ shoes for a moment. This feeling became even stronger when Stern, who had also played with Casals, took part. During these chamber music sessions, Rostropovich expected Istomin to lead the way, and he followed his demands and suggestions, sometimes accompanied by lively discussion. Istomin was astounded to see Slava arrive often unprepared (there was never enough time!), progressively get on with the score and catch up to the others during the rehearsal, and then play magnificently at the concert. 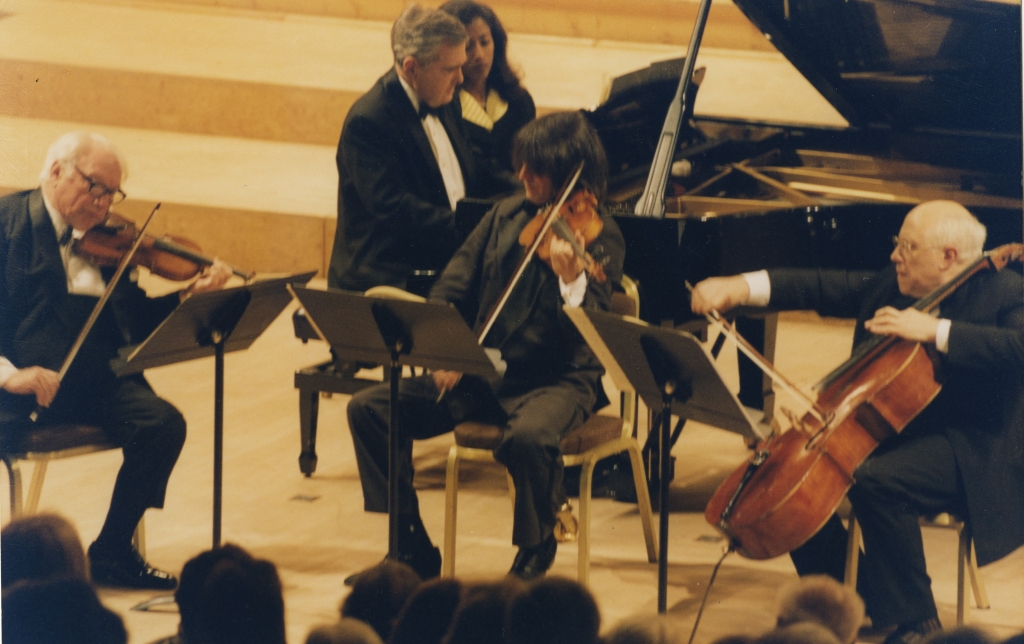 Stern, Istomin, Bashmet and Rostropovich at the Evian Festival in 1997

Rostropovich let Istomin choose the works which they would be playing together in Evian. However, on one occasion he asked Istomin to prepare the Tchaikovsky Trio – but Istomin refused, arguing that it was a long and extremely demanding work for the pianist, and that he would be playing it only once! Rostropovich chided him gently, reproaching him for not making an effort while he himself had agreed to tackle the Brahms’ Second Piano Quartet – an even longer piece! It is regrettable that they did not play sonatas together, apart from the Andante from the Rachmaninoff Sonata on special occasions. The main reason is that Rostropovich was always too short on time to undertake such a project. In Evian, he only agreed to perform one single major work of chamber music at each festival. He knew that Istomin would agree to play a sonata with him only if they had enough time to rehearse, and that it would be a difficult situation for them both, with the shadow of Casals even more present in their minds. Istomin confided to James Gollin, his biographer: “Slava told me that the thing about me that he admired was that I was so free. Not politically, but in an artistic way, not compromising.”

Below is Marta Casals-Istomin’s account of the relationship between Istomin and Rostropovich, as well as of the 75th birthday celebration: 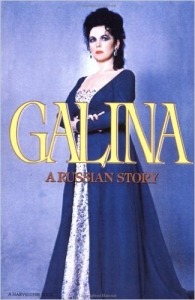 “There was a very strong relationship between Eugene and Slava, full of respect and affection, a friendship which developed gradually. Slava was always very loyal. People say that he was demanding and difficult, but he was never like that with me when I was managing the Kennedy Center and he was conducting the National Symphony. Galina adored Eugene, too. He helped her to finish her autobiography and to have it published at Harcourt Brace Jovanovich, where he was a literary consultant at the time.

At the end of 1999, Slava gave a master class at the Manhattan School. After the lesson, he asked me, “Isn’t Eugene’s birthday next November? Won’t he be 75 next year?” Given that both answers were affirmative, he looked at his “bible”, as he called his calendar, and saw that, miraculously, he was free on the exact day of his birthday, November 22. He said to me: “Marta, we have to throw a big party! I’ll come and play anything you want! Wherever, with whoever! But it has to be a really huge party!” 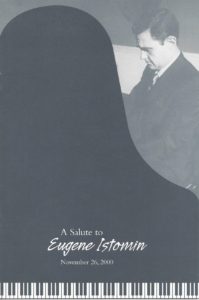 So I thought about it, and contacted Eugene’s friends, musicians and non-musicians alike! We decided to throw a party in New York – a private concert which would allow us to create a scholarship in Istomin’s name at the Manhattan School of Music, which I was currently managing. Isaac Stern was meant to be the master of ceremonies and was planning to play a trio with Slava and Eugene, but in the end he had to cancel due to health problems. All the musicians present (the ‘old guard’, like Leon Fleisher, Gary Graffman, Claude Frank, Constance Keene, Jaime Laredo, Ned Rorem, and the Guarneri Quartet), and the ‘youngsters’, (Emanuel Ax, Yefim Bronfman, Pinchas Zukerman, Sharon Robinson, etc.), wanted to play. This even created diplomatic problems, because the concert would have been too long! Eugene knew nothing about it up until the last minute, and he was extremely touched by all the signs of affection and gratitude from the people who were there -but also from all those, from around the world, who had not been able to come but who had sent messages or made donations. The donated sums, which came to a total of over a million dollars, allowed us to create one full scholarship (with tuition and housing costs) or two tuition scholarships. This was the first time that a permanent fund-based scholarship had been created at the Manhattan School! Slava, Eugene and I were very happy about it and very proud.”