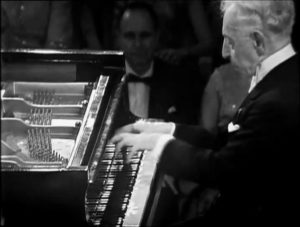 “Imperfection is not acceptable today. It’s ironic and tragic! We can barely tolerate wrong notes. I call it the pollution of perfection! It poisons the inspiration. I heard Schnabel and Kreisler playing millions of wrong notes. And for a few minutes of sublime beauty, it was more enjoyable than a concert with all the right notes. That is the magic of live music. In an Arthur Rubinstein concert, everything was certainly not perfect, but we would leave the hall remembering a particular phrase or a nocturne by Chopin, a passage by Schumann, a piece of Spanish music telling ourselves that this is the truth. We comletely forgot about the wrong notes. Today we go to a concert, and we would like the concert to be a compact disc, which is contradictory. The artist is forced to suffocate himself with perfection. We’re stuck by the throat. We can’t risk it. With adrenaline, excitement, the tension of a concert, sweating, if you take the risks, you’ll make a lot of clinkers, until you calm down a little and start making music. We can’t take those risks. Those who do, they are really courageous, great heroes. I don’t. For me, this requirement for perfection is death.”

How the disc and live broadcasts have distorted live music

Istomin’s position evolved over time. At the beginning of his career, he believed in instrumental progress, and imagined that each new generation of musicians would reach even greater heights. His dream was to combine the technical perfection of a Heifetz with the musicality of a Casals – a superhuman challenge that Horszowski tried to make him give up. The evolution of technology and musical life soon convinced Istomin of the destructive nature of the obsession with perfection. The LP proved to be a fantastic propagator of music but also a great disrupter of musical life. Not only is the record often a lie (the magnetic tape and then digital recording allow for cheating), but it also gives music lovers the habit of hearing perfect performances. As a result, wrong notes, once readily tolerated at the concert, became unacceptable. This led the artists to prefer instrumental cleanliness to risk-taking, and safety to inspiration. 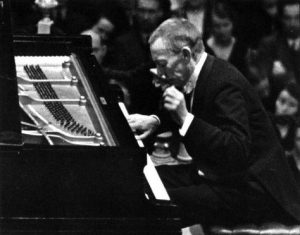 One of the rare photos of Rachmaninoff performing

The situation is even more delicate when a concert is broadcast live! Istomin gave hundreds of concerts which were broadcast live, most often in concerto, sometimes in chamber music, and more rarely in recital. He only accepted this when he had no other choice. He felt that the presence of microphones forced him to play defensively and to favor control at the expense of freedom. Istomin enjoyed telling about how Rachmaninoff refused to allow his concerts to be broadcast live: “In his late years, when he played with orchestra and this concert was to be broadcast, his manager, Charles Foley, came into the radio booth and told the sound engineer: ‘Mr. Rachmaninoff will not go on stage if you don’t turn off the microphones.’ So Charles Foley handed over the records of the Second Concerto that Rachmaninoff had made with Leopold Stokowski and the Philadelphia Orchestra: ‘Put this on the air.’ Over the years, Rachmaninoff was increasingly unhappy with live recordings. And I understand that. It’s also my case, and that of many musicians of my generation.’’ 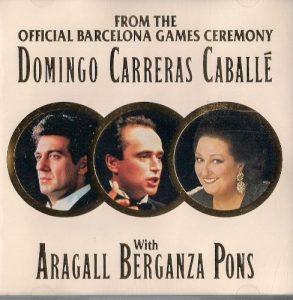 Istomin was also very fond of another story: “There is a very special tension that sets in when you know that in addition to the audience in the hall, there are potentially hundreds of thousands, perhaps millions of people, and today billions. I say this because at the opening of the Barcelona Olympic Games, we heard and saw great singers like Placido Domingo, José Carreras and Montserrat Caballé sing, and make a festival of magnificent high notes. There were three billion five hundred million spectators around the world. It was really amazing the way they sang. Such perfection! But my friends in Barcelona told me that they were just using the recording they had made two weeks earlier. In fact, they didn’t sing at the ceremony, it was playback, they just pretended, synchronizing their lip movements. I love to reveal this publicly. This is a caricature of what we are allowing to happen. I’m so against these fake, sanitized things. We can’t stand a wrong note, or even the idea of a wrong note. It distorts the music, it kills it! We could even imagine a pianist playing a silent piano while the audience listened to his recording. This could actually happen if we continue to be corrupted by the race to perfection, and to make truncated recordings which do not meet the desire of composers, or of anyone else.”

The consequences of the obsession with perfection

Istomin in the mid-50s

While convinced that the obsession with perfection was destructive, Istomin could not get rid himself of it. He accepted Schnabel’s wrong notes without blinking, but he refused to allow himself to do the same thing. While Rubinstein had the art of hiding his weaknesses and making his wrong notes unnoticeable, Istomin could not help but show his frustration. Jean-Bernard Pommier remembers hearing Istomin slightly miss the last chord of a Chopin scherzo. Most of the audience had not even noticed it, and there was strong applause, but when he sat down once more at the keyboard, Istomin struck the failed chord again, demonstrating sincerity and a refusal to cheat that went as far as self-flagellation!

The need for perfection had very important consequences on Istomin’s approach to the piano. They were complicated by two factors: his natural technical ease had to give way to a more constructed and conscious mastery, and the position of his hands had to be changed in the 1970s as he was playing with flatter fingers in order spare his finger pads, which had become painful. This resulted in intense practice, with the aim of providing him with security and allowing him to give way to inspiration. Once the fingers and memory were secure, Istomin could devote himself entirely to the music.

It worked very well, and at the same time, was a remedy for stage fright, but it also had unfortunate consequences, especially that of preventing him from expanding his repertoire and becoming tired of playing the same works. This was detrimental to his playing, because working on new pieces and taking up new challenges is always constructive. The non-renewal of his programs also affected his career, making it difficult for him to be re-invited soon, especially for recitals.

Beyond this requirement for apparent perfection, of which, like his colleagues, he felt himself to be a victim, was his inner requirement, which was more musical and profound, but just as compelling. Asked by James Gollin whether his friend Istomin would ever be able to feel satisfied with his own concerts, Claude Frank replied that no matter how Istomin had played, he always thought he should have played better: “For a good reason, because the comparison he made was not with other pianists, but with God.”

The best example of Istomin’s obsession with perfection might be his recordings of the Beethoven Waldstein Sonata, the central piece of his solo piano repertoire. Here is the recording he made in 1959, which he refused to be released!! It was not issued until 2015 when Sony decided to gather all his solo and concerto recordings in a 12 CD box set. (Istomin would also reject another recording in 1965 and eventually approve a new one in 1991, as he was aware that he should not wait any longer).