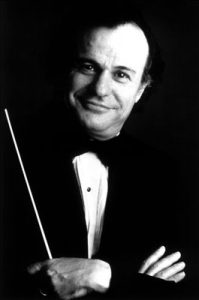 A very fruitful collaboration was born between Eugene Istomin and David Zinman, who had been a disciple and later, the assistant of Pierre Monteux. During the time Zinman held his first position as Music Director in Rochester, he often invited Istomin: three concertos in two series within the same season, 1978-1979, with huge success and even a triumph in the Brahms Concerto No. 2 (a standing ovation and rave reviews). These were followed by a series of concerts in the early 80’s, including a memorable Chopin Second Concerto with the National Symphony. Istomin had such confidence in David Zinman that despite the limited number of rehearsals, he agreed to play Rachmaninoff’s Fourth Concerto under his baton with the Rochester Philharmonic. The first concert was disappointing. Robert Palmer, the highly respected critic of The Democrat and Chronicle, noticed that ”sometimes orchestra members couldn’t seem to agree on tempos…The result projected a foggy outline of the form that betrayed a need for more rehearsal.” David Zinman had listened carefully with Istomin to the recording of the first concert in order to correct and improve everything possible, and the second concert was quite satisfying. Apart from Rostropovich, Zinman was the only conductor with whom he played this work, so dear to his heart but so difficult to understand and perform. 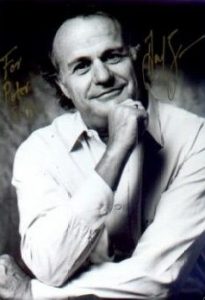 This relationship, as rewarding musically as it was personally, ended in the late 1980s, perhaps due to an absurd orchestral rivalry. When Istomin became director of the Maryland University Competition and named it after his friend William Kapell, there was an agreement for the National Symphony Orchestra to accompany the candidates in the finals. Istomin, eager to have a first-class conductor, suggested that Zinman should be invited. Unfortunately, Zinman had just been appointed musical director of the Baltimore Symphony. He accepted the invitation – but on condition that he come with his new orchestra. The management, as well as the Baltimore musicians (some of whom were teaching at Maryland University), were determined to participate in this flagship event which was taking place on their home ground! The quarrel intensified. Istomin did everything he could to find a solution, but Zinman mistakenly thought that he had not stood up for him as he should have.

In any case, Istomin never heard from him again, and was so deeply affected that, in what was most likely the first and only time, he cast aside his pride at the party for Isaac Stern’s 75th birthday and asked Zinman: “Why didn’t you ever invite me again?” He only got an embarrassed response and protests of everlasting respect. 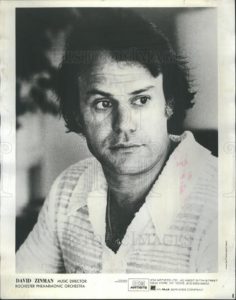