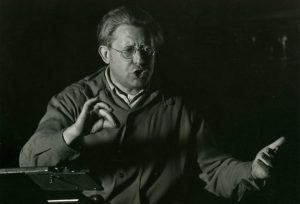 When Eugene Istomin won the Leventritt Competition in October 1943, the first prize was nothing less than a concert with the New York Philharmonic. Since this concert was broadcast on Sunday afternoon throughout the United States to some eight million listeners, it was enough to launch a career! When Artur Rodzinski, its music director, asked the young pianist which concerto he wanted to play, he was amazed by the answer: the Brahms Second! Indeed, no one could imagine at that time, and even now, that a young pianist, who was not yet eighteen, could approach this intimidating work in a convincing way. Intrigued, Rodzinski suggested that Istomin come and play at a rehearsal of the orchestra. He entrusted his assistant, Leonard Bernstein, to conduct the orchestra and sat by himself in Carnegie Hall. He only needed to hear the first movement to give his approval.

At the concert, Istomin was extremely nervous and became even more so when he sat down at the piano and discovered that it was not the instrument he had chosen and played on at the rehearsal. He did not play as well as he could, but this did not prevent the audience from cheering him on and calling him back on stage six times. As for Rodzinski, he was most satisfied, and quickly invited him again to perform Beethoven’s 4th Concerto in December of the following year. It was a huge success with the public and critics. Rodzinski then suggested that he return in October 1946 to play Beethoven’s Emperor Concerto, which Istomin was to perform for the first time. 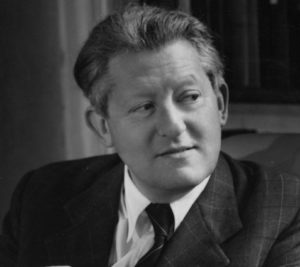 Rodzinski did even more. In January 1947, he wrote a letter to his colleagues of other major American orchestras (Koussevitsky, Monteux, Szell, Golschmann, Mitropoulos, Dorati…) to suggest that they invite Istomin: “For the past two years, the young pianist, EUGENE ISTOMIN, has played with the Philharmonic-Symphony Orchestra. He has a great talent. I think so highly of him that I have recommended to our Board of Directors, his re-engagement for the next season. Because I know you are always looking for the best soloists to appear with your own orchestra, I recommend him also to you – and very highly indeed. You will find him excellent to work with, a fine artist of mature attainment, although very young in years.” It was a striking proof of Rodzinski’s confidence in Istomin’s talent, and a demonstration of generosity worthy of Rodzinski’s greatness of soul. 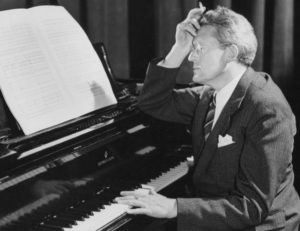 Rodzinski had been one of the most unanimously acclaimed conductors in the United States in the 1930s and 1940s. He was such a fantastic builder of orchestras that Toscanini entrusted him with the recruitment and preparation of the orchestra that NBC had created for him. But a conflict with Judson, the most powerful personality in the American musical world, who combined the role of impresario for all the main conductors with that of manager of the New York Philharmonic and the Philadelphia Orchestra, forced him to leave New York in 1947. In order to improve the quality of the orchestra, Rodzinski felt it was necessary to fire twelve musicians, including the concertmaster. As Judson did not agree, Rodzinski asked the Board to choose between Judson and himself. 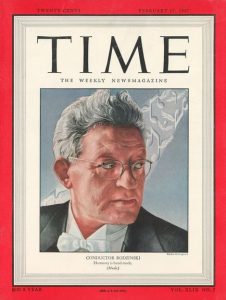 His departure caused many protests and even made the cover of Time Magazine. The Chicago Symphony, which had been keen to hire him for a long time, immediately offered him the position of musical director but an unforgiving Judson schemed to prevent his contract with Chicago from being renewed. Rodzinski was deeply affected, both physically and morally. He pursued a career as a guest conductor, mainly in Europe, but died prematurely in 1958. Istomin was markedly affected by this drama which contributed towards convincing him that the absolute power held by managers over musicians was absurd and cruel. Thirty years later, he was still revolted and repeated incredulously: “Rodzinski was shattered by those people!”

Brahms, Concerto No. 2 in B flat major Op. 83, the beginning of the first movement. Eugene Istomin, New York Philharmonic Orchestra, Artur Rodzinski. Carnegie Hall, November 21, 1943. Live recording on acetates 78 rpm, put on CD by Seymour Lipkin. The sound is more than precarious. This is only a document, but a moving one. Despite the stage fright, Istomin’s playing is impressive!