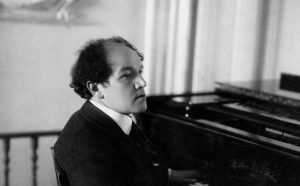 Eugene Istomin may have heard of Nikolai Medtner (1880-1951) from his first teacher, Alexander Siloti. Close to Rachmaninoff’s esthetic, Medtner’s music was not so successful, and has been forgotten for a long time. Horowitz was a fervent admirer of Medtner. He almost never performed his works in recitals, but he often played them privately, with Istomin in attendance several times.

Medtner’s music was banned in the USSR until Stalin’s death. After this, Gilels tried to revive it, writing an article in the magazine Sovetskaya Muzyka. In 1954, he played and recorded Medtner’s Sonata in G minor Opus 22.  Istomin heard this recording and was quite fond of it. Later on, Gilels dropped it from his repertoire. 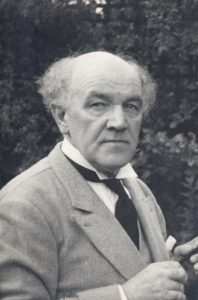 Istomin took it up in the late 80s and performed it in nearly forty recitals in the early 90s, in particular at a recital in homage to Pablo Casals at the Théâtre des Champs-Elysées. He included it as a symbol of Casals’ will to defend certain composers of the late Romantic period which had been unjustly neglected. It also represented Casals’ attachment to Russia before the Revolution. For Istomin, this sonata clearly refers to Liszt by its architecture (an introduction followed by three movements without pause) and its thematic treatment. The work is quite dark and tortured. It is not particularly spectacular despite its considerable technical difficulty. According to Istomin, it deserves to be considered as the equal of more celebrated works by Rachmaninoff and Scriabin.

In 1988, the International Medtner Foundation and Dover Publications published the complete Medtner Sonatas in two volumes, edited by the Australian pianist Geoffrey Tozer. Marc-André Hamelin was asked to contribute an editorial note and Eugene Istomin, the preface. It is quoted below. 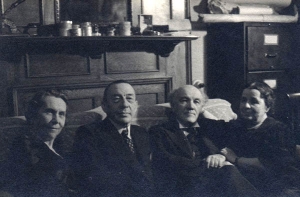 “Why nobody plays Medtner? He is wonderful composer. Piano composer – in some ways deeper than Rachmaninoff.” Thus, in his inimitable intercontinental English spoke Vladimir Horowitz on one of my visits in the late 1970s. “There are special colors – perfumes – complex rhythmic counterpoint. I want to play it now, but it’s a lot of work! You should play it. Listen, I will play a few sections for you.” Then out came some wonderful sounds that fascinated my ear.

I had of course heard of Nikolai Medtner as the least appreciated of the Russian 20th Century Romantic Triumvirate, grouped with Rachmaninoff (who dedicated his Fourth Piano Concerto to Medtner) and Scriabin. Only in Russia had he been given importance; in America, and in the West in general, the only interest seemed to come from a very tiny cult of serious piano professors and a still smaller group of devotees. In my long-past youth, I recall that William Kapell spoke of Medtner as someone to ‘look into’ – even while the composer still lived in exile in London. Yet the only world-famous pianist to play him (in the West, anyway) was Emil Gilels, who also recorded the Opus 22 Sonata.

Horowitz’s excerpts and his passionate conviction were compelling, but it turned out that he did not publicly perform that same Opus 22 Sonata he loved. My impressions buried themselves in memory, to be called back at a later time. 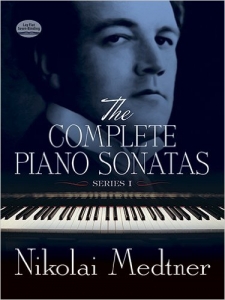 That time came in 1985 while searching for books (on another subject entirely) at Dover Publications’ retail store in New York City. I noticed a section on music scores and ran my eyes over a few of them. One called Rare Masterpieces of Russian Piano Music held my attention. Even though Medtner’s name was not featured on the cover, I found that the G Minor Sonata, Op.22, was in fact included in the collection. I took the volume home with me for leisurely browsing. Some weeks later, I got around to it.

The sounds I delighted in under Horowitz’s fingers were now under mine. This pleasurable dabbling soon evolved into a powerful urge to ‘possess’ the work, and after long and hard preparation, I played the sonata in my programs for several seasons in America and Europe.

For several generations of performers and audiences, Medtner has lain overlooked somewhere between the genius of Rachmaninoff and Scriabin and the juggernaut of Prokofiev’s ‘modernist’ masterpieces. But he is not just a quintessential Russian composer; he is a master for all, and now perhaps his time has come. Finally, we have all fourteen Medtner sonatas together, at last available to a new world of piano music lovers! – a long overdue event for which I congratulate The International Medtner Foundation and Dover. All pianists should rejoice!”