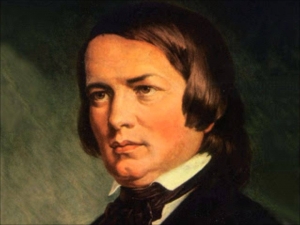 During the first years of his career, Istomin played a great deal of Schumann. Thereafter, he performed very little of his music for solo piano, and hardly any of his works for chamber music. Despite this, he had a real fascination for Schumann.

“How could this genius manage to conceive a musical ideal of such purity – so unbearably pure that it ultimately destroyed him? Neither Chopin nor Berlioz were destroyed by their musical ideal! Schumann felt that he could take on any challenge! He went from piano to song, then to chamber music, orchestra, oratorio, and even opera! He risked setting even the most demanding texts to music! His ideas helped to give rise to Wagner’s aesthetic theories and Nietzsche’s philosophy. What psychological finesse – and this blending of musical and literary ambition! It’s unique. No romantic composer has ever attained such heights or such depths. For me, and surely for many musicians, his quest for the absolute, his music, his destiny – it’s all overwhelming. The demands he imposed on himself pianistically, with the desire to bring out the melody with the 4th and 5th fingers, also ended up destroying his hand and his career as a pianist. 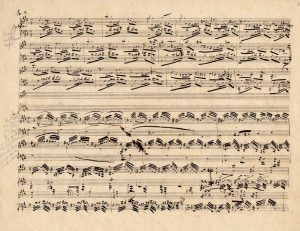 When I was young, the first important work by Schumann which I played was Papillons. I must have been ten or eleven years old. I kept the Abegg Variations in my repertoire for a long time. It is a work of unique charm, but also terribly difficult and riddled with traps, a real tour de force. I had heard Serkin perform them in concert, and decided to play them myself. I played the Symphonic Etudes and especially Carnaval, which seemed to me to be a very appropriate work for Community Concerts, due to its constantly changing moods. I should also mention some of the pieces from the Fantasiestücke Opus 12 which I played in my first recitals and which I always thought about including again in my programs.”

“One of the most common weaknesses of performers, and the most forgivable of all, is letting oneself play faster and faster – this is my case! The excitement of the moment carries us away and we run the risk of losing control, due to an excess of adrenaline! It’s only human and natural. One of the main tenets of my work has been to try, sometimes by playing at a snail’s pace, to control my desire to rush. It is even more difficult in Schumann than for any other composer, because his music is so full of passion that it gives the impression that it should be played increasingly faster. That’s what you have to do, while remaining in control! This would only be possible for God himself!” 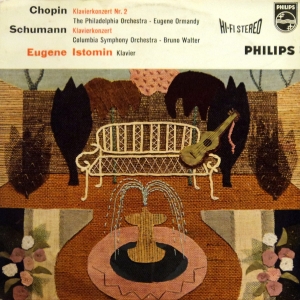 “I waited until the late 1950s to perform Schumann’s Concerto. I wanted to feel ready. It’s actually a very difficult concerto. Every note is in the right place, and it’s so clear! For the pianist and the conductor, it’s like playing Mozart, and it should be played like Mozart, with the same idiosyncrasy and transparency. It is essential that the orchestra and soloist be very well prepared, especially for the last movement where it is very difficult to stay together. The way Schumann writes the rhythmic things, the off-beats and on-beats, the soloist and the orchestra are not quite together. It is frequently not very well played. You would need a lot of rehearsal time!

The cadenza of the first movement is also a pianist’s nightmare, not so much because of its technical difficulty, but because it is so well known! We are in A minor and F major, it’s all on the white keys and it’s so easy to play a lot of wrong notes. I guess it was less stressful at the time of the 78 rpm, when the audience didn’t care about small imperfections. Now listeners are used to perfection on LPs and CDs, and they expect the same in concerts.” 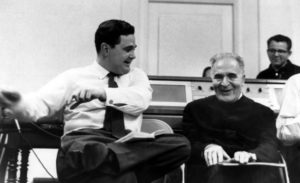 Listening to the playbacks with Bruno Walter (January 1960)

The critics were very divided on Istomin’s performance of the Schumann Concerto. Some were very enthusiastic, while others remained cool, or even negative, after the same concert! This was based on a misunderstanding which was difficult to dispel: most people expected this concerto to be played as a brilliant and extroverted work which would enhance the soloist’s virtuosity, but Istomin’s concept of the work was markedly more introverted: Schumann the poet speaks and confides in the lineage of Mozart. Istomin was scheduled to record the Schumann Concerto under the direction of Leonard Bernstein, but it was clear that their approaches would be divergent. At this time John McClure, the artistic director of Columbia, came up with the brilliant idea of asking Bruno Walter, who accepted willingly after listening to some of Istomin’s recordings. It was a brilliant idea indeed, which gave rise to an exceptional recording, quite unique in its vision of the concerto which was mutually shared by both soloist and conductor. The Mozartian transparency in no way prevents Schumann’s sensitivity and passion from being fully expressed.

Istomin preferred to play this concerto with conductors from the old school, like Pierre Monteux (1957 in Montreal and 1961 in Tanglewood), Hans Rosbaud, Antal Dorati or Josef Krips. In a 1970 Los Angeles Times interview, just before a concert at the Hollywood Bowl under the direction of Josef Krips, Istomin said: “I guess I’m just an old-fashioned kind of musician. That’s why I look forward, both professionally and personally, to working with Josef Krips on the Schumann Piano Concerto. I find Krips very gratifying, because his musical tastes and unmannered interpretive style are old-fashioned in the same way I am.” 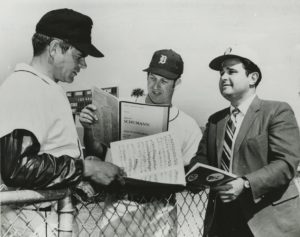 Trying to explain the Schumann Concerto to the Detroit Tigers

The review of the concert in this same newspaper, written by Albert Goldberg (a critic reputed to be very difficult and often mean), confirms this feeling: “He is not one of the stylish fire-breathing pianists; rather he is the contemplative, musicianly type, and he has very definite convictions about this concerto. Not since Paderewski has one heard it expounded in quite such an intimate manner. It was like a nostalgic return to the 19th Century approach, romantic and subdued … with an aura unmistakably Schumannesque.”

For Istomin, the Concerto‘s first notes are not a triumphant affirmation, as they are for many pianists, but a cry of terror! Tired of the frequent misunderstandings brought about by his interpretation, he gave up playing it in 1978. 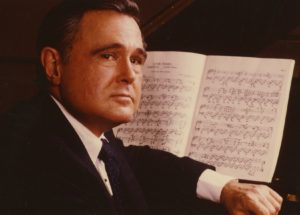 Working on the Sonata Op. 11

“Perhaps it was because I felt a debt to Schumann that in the 1980s I looked at his Sonata in F sharp minor, Opus 11. What also motivated me was to do justice to an underrated work! Yes, there are some clumsy passages, but there are so many magical moments of pure inspiration, which would provide enough material for three or four “normal” sonatas! The first two movements are simply sublime. The only big problem is the finale where there is an excess of zeal, with too many ideas presented one after another, and he couldn’t fit them into the sonata form. He himself admitted that he was having trouble with the last movement and didn’t manage to find a happy solution. There’s this rhythmic motif which keeps coming back over and over again and eventually wears out the listeners. I can only agree with them because I too feel worn down by it. I have to find solutions myself. But anyway, I have to play this work, because it would be a great mistake to deprive the public of the wonders in the first three movements!”

Strangely enough, Istomin performed only one chamber music work by Schumann: the Sonata No. 1 for violin, and only once, with Isaac Stern at the 1952 Prades Festival. He had never seriously considered preparing the Schumann Trios with Stern and Rose, nor did he ever come to grips with the famous Quintet Opus 44. The only reason one can imagine for this might be due to his fascination for Schumann’s “so unbearably pure” ideal, which could have made him feel that he would not be up to the challenge. It remained a mystery, even to him.