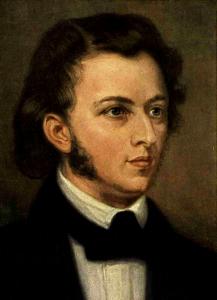 According to Istomin, understanding Chopin’s music is something innate. You understand it immediately or you’ll never get it: “Chopin is a special cup of tea, because of a particular international idiomatic Polish-Slavic quality in rubato and rhythms, which are intuitive and have to be understood early in life.” Thanks to his Slavic roots, Istomin had no doubt that he understood it: “I think that I am a very idiomatic Chopin player.”

There was a long-standing debate among American critics: was Istomin a Beethoven or a Chopin player ? In the 40s and the 50s, it was inconceivable that a pianist could be both! Reviewing the same recital, it was frequent for one critic to rave over his Chopin and malign his Beethoven, while the other laid claim to the exact opposite. For his part, Istomin was convinced that he was able to serve both composers with equal pertinence, and he refused to take the critics’ inept prejudices seriously. 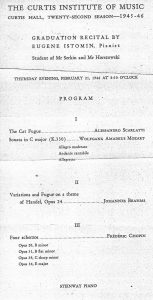 Istomin played a great deal more Chopin throughout his career than one would imagine today. He performed the Scherzos on a regular basis, even programming the complete cycle a few times at his debut, and then giving precedence to the First and the Fourth. As to the Impromptus, he only neglected the First. In the 50s and 60s, he used to play a selection of Preludes (but never the complete cycle). By going through his recital programs over the years, we can also find the Fantasy, the Andante Spianato et Grande Polonaise Opus 22, the Tarantelle, a few Etudes, and a handful of Mazurkas, Waltzes and Nocturnes, not to mention the Polonaise “Heroic” which ended so many of his concerts. Encouraged by William Kapell, who loved this work and made a memorable recording of it, Istomin worked on the Sonata in B minor, but never performed it in public because it was too closely associated with the memory of his friend’s tragic death. 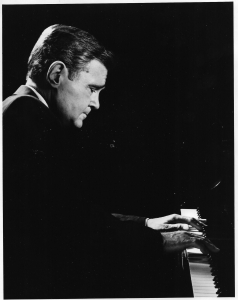 Istomin’s interpretations of Chopin were always devoid of sentimentality. There was ample liberty in his very personal phrasing, but his rubato never endangered the pulse or the main thread of the musical narration. Istomin disliked the famous definition of Chopin’s rubato by Liszt, referring to the wind which plays upon the leaves and sets them into motion, while the tree itself does not move. This image has been harped on so often that it has completely lost its original significance. In order to evoke the subtle fluctuations of tempo this music requires, he referred instead to the beating of the heart, which undergoes endless variations when influenced by our emotions. In his master classes on Chopin, Istomin always insisted on the drama and the feeling of distress. For him, the catharsis of sorrow was the mainspring of Chopin’s creation. This underlying feeling of sorrow was sublimated to a greater or lesser degree, but remained omnipresent. The dissonances which had so shocked his contemporaries, in particular Schumann, were the outward expression of a suffering which could not be resolved, either within his heart or in the harmony. The work by Chopin which Istomin performed most often was the First Scherzo, perhaps the most dramatic and dissonant of all. 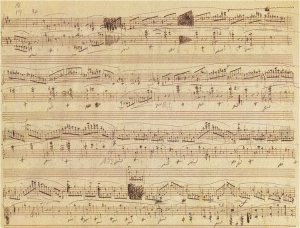 Manuscript of the Scherzo Op. 54

Istomin made his debut with this concerto on November 17, 1943, accompanied by the Philadelphia Orchestra under Eugene Ormandy. He performed it more than 200 times between 1943 and 1983 and recorded it in 1959. He played it for more than thirty years. Like Clara Haskil, he had renounced playing the Concerto No. 1 which he found a bit too extroverted, showcasing the soloist, but ultimately less sincere and moving.

When Istomin played the Chopin Second Concerto in 1948 with the New York Philharmonic conducted by George Szell, there was a very tense moment when Szell told Istomin: “It’s very good, how you play, it’s very good, only you play it a little too seriously. You should cultivate some of the more superficial aspects.” Szell was used to making such perfidious remarks, which would destabilize his soloist and reinforce his authority. Istomin was astounded by this remark, especially coming from Szell, who had a reputation for being extremely strict. Obviously Szell, who was an excellent pianist, did not like Chopin and found his music superficial. Istomin did not agree. He played this concerto with great liberty (it was not so easy for a conductor to accompany him), but also with an absolute sense of commitment.

“It is the only time I agreed to record a complete cycle, including pieces I had never played in concert. David Oppenheim, who had just been appointed director of Columbia Artists and Repertoire, was very insistent and persuaded me to do it. It was a strange experience, since I had a very hectic concert schedule. I could only reserve one day every now and then for recording sessions. I finally recorded the 19 Nocturnes in seven or eight sessions throughout the entire year of 1955, playing two or three Nocturnes each time. I admit that there is some very good stuff in there!” 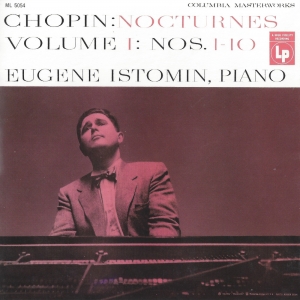 Columbia issued the complete Nocturnes in autumn of 1956 (box set SL-226 as well as separate LPs ML-5054-55) and it was extremely well received. In the Sunday Mail of September 29, James Glennon preferred to focus his article on Istomin’s Nocturnes rather than on the much-anticipated recording of the Rachmaninoff Third Concerto by Gilels, who had made his triumphant US debut the year before. Another critic entitled his review: ”Puts stamp on pianist’s skill”, declaring that this album was “a must in any music-lovers library”.

Strangely enough, from that moment on, Istomin no longer played most of the Nocturnes, with the exception of two from Opus 15. He cherished Opus 15 No. 1, which he played quite often in his programs or as an encore, and Opus 15 No. 2, which he recorded again in 1967. For him, they were the quintessence of the art of singing on the piano.

At times, the critics or the public were a bit disconcerted by Istomin’s rendering. Far from treating it a showpiece, Istomin regarded it as an implacable drama, with a cumulative tension which becomes almost unbearable.