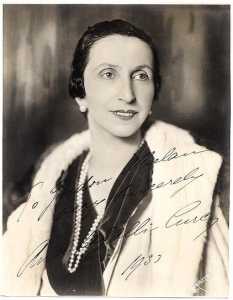 Istomin’s entire childhood was lulled by his parents’ songs, mainly Russian folk songs which they sang for their own pleasure or to prepare for their cabaret performances. His parents also loved Italian opera and as soon as they could afford it, bought 78-rpm records of the great singers of the 1920s and 1930s: Amelita Galli-Curci, Rosa Ponselle, Enrico Caruso, Tito Schippa, etc. Istomin retained a very vivid memory of them and knew a large number of arias by Rossini, Verdi and Puccini off by heart, to the point of being able to offer an improvised accompaniment to Luciano Pavarotti and Renata Scotto in March 1977.

Throughout his career, Istomin rarely listened to music at home because it was likely to invade his heart and mind and make him lose some of his freshness for practicing or performing concerts. He had planned that once he had retired he would listen to all the music he loved or was curious about. He set aside many recordings and scores: the Mahler Symphonies, Moses and Aaron by Schönberg, and the operas of Richard Strauss which he loved and knew by heart. One day, his friend Thornton Trapp found him in a state of ecstasy at Jean-Bernard Pommier’s place in Paris, listening to Elektra (with Montserrat Caballe) at high volume, and blissfully oblivious of the neighbors! He heard Richard Strauss’ 1906 recording of excerpts from Salome on a mechanical piano and amused himself by transcribing other passages from the opera. Mozart’s operas and Pelléas et Mélisande were part of the music he carried with him, as were the great quartets of Mozart, Beethoven, Schubert and Brahms, which he had discovered through the 78 rpms of the Busch and the Budapest Quartets. 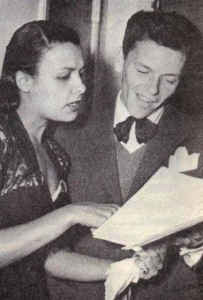 While he protested vigorously against the confusion of values which led many people to place the Beatles and Bach on the same level, Istomin did not look down upon non-classical music! He was interested in jazz of the 30s and 40s, but quickly tired of it. The only jazz musician who really moved him was Billie Holiday. On the other hand, he was fond of Brazilian and Argentine folk music, as well as of fado. Above all, he was fascinated by Frank Sinatra, despite the lack of sympathy he felt for the character, even to the point of buying his complete recordings. In any case, the common denominator of his interests in “other” music was once again his attraction for the voice.

Funnily enough, during his Great Conversations in Music devoted to contemporary music, he evokes the importance of performers by associating Sinatra, Holiday, Casals and Horowitz! Quoting Ned Rorem, who stated that great performers have a unique, indelible personality, he added: “We can’t make Billie Holiday not be Billie Holiday! Frank Sinatra not be Sinatra! Casals not be Casals! Horowitz not be Horowitz!” Coming from Istomin, it was an amazing tribute to Sinatra and Holiday!