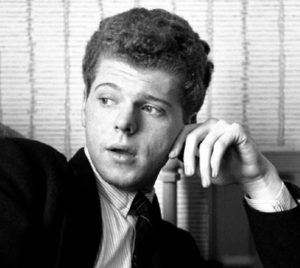 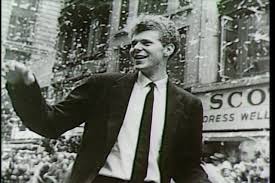 Van Cliburn had already begun his career without arousing any particular interest from the public, the press or record companies, until his spectacular triumph in the first Tchaikovsky Competition held in 1958. This triumph had a considerable impact in the midst of the Cold War, when everyone expected young Soviet pianists to dominate the competition. He was welcomed as a hero, and honored with a ticker-tape parade through the streets of New York. He was on the cover of Time Magazine, appeared on television, signed an exclusive contract with RCA, and was besieged by concert organizers. His disc of Tchaikovsky’s First Concerto, recorded immediately after the competition, broke all sales records by exceeding a million copies.

Istomin was proud of this triumph on Soviet soil, which proved the excellence of American pianists. The impact of the event confirmed his idea that it was crucial not to give the USSR free rein in the field of art, and that music could be used as a powerful propaganda weapon in these Cold War times. He would fight long and hard to convince successive American administrations of this imperative need. 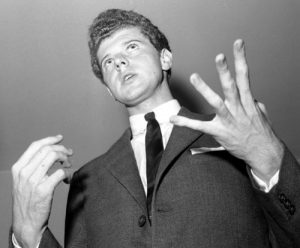 Van Cliburn and his huge hands

The success was so tremendous that Van Cliburn himself immediately insisted on downplaying the importance of his own role and persona: “I appreciate more than you will ever know that you are honoring me, but the thing that thrills me the most is that you are honoring classical music. Because I’m only one of many. I’m only a witness and a messenger. Because I believe so much in the beauty, the construction, the invisible architecture, the importance for all generations, for young people to believe that it will help their minds, develop their attitude, and give them values. That is why I’m so grateful that you have honored me in that spirit.” Just a few months after his success at the Tchaikovsky Competition, a book was published under the title The Van Cliburn Legend, co-authored by the distinguished American composer Abram Chasins. Even more incredible, a competition in his name was immediately launched, the first edition of which took place in 1962. Such an initiative generally honored a great musician who had passed away or who was at the very end of his career. Van Cliburn was only 28 years old. 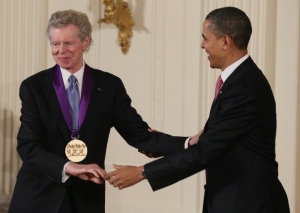 This kind of sanctification at such an early age was a great danger. Despite his modesty and willingness to remain a dedicated servant of music, the avalanche of honors, curiosity and solicitations eventually disturbed Van Cliburn and led him to renounce performing in public when he was only 44 years old. He tried conducting, and attempted without success to make several comebacks as a pianist. This did not prevent him from continuing to help young musicians and to be regularly honored. Every President of the United States, including Obama, invited him to play at the White House. But for Istomin, it had been a musical and above all, a human tragedy. The terrific weight of the Tchaikovsky Competition had crushed his life and career.

The repercussions of Van Cliburn’s rise in American musical life were significant. One proved to be favorable to all performers: Van Cliburn’s fees had soared, so that those of other pianists also increased substantially. But other negative consequences also appeared: the development of the star system and the new feeling in classical music that one could now earn a lot of money by organizing concerts or publishing records. This contributed still further towards diverting record companies and institutions from focusing on purely musical priorities.