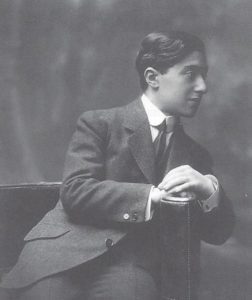 Mieczyslaw Horszowski in the mid 1910s

Mieczyslaw Horszowski arrived at the Curtis Institute in 1942 to replace Jorge Bolet as Serkin’s assistant. By the following year, he had his own class, which he kept for 50 years! Horszowski was born in 1892 and already had a long career behind him when he began to teach at the Curtis. He made his debut in Warsaw in 1902 under Emil Mlynarski, playing the Beethoven Concerto No 1. In 1906 he played for Pope Pius X and made his debut at Carnegie Hall. From 1910 to 1913, he interrupted his career to study literature, philosophy and art history at the Sorbonne in Paris. He had met Saint-Saëns, Fauré, Granados and all the composers of the early twentieth century, and he was very close to Casals, with whom he recorded several Beethoven and Brahms sonatas. 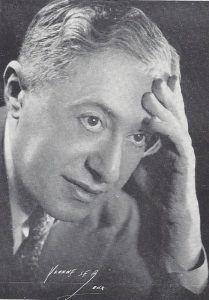 Horszowski proved to be very understanding and encouraging to Istomin. He complimented him on his tone and his ability to make the piano sing – qualities which were barely touched on by Serkin. When an Italian journalist asked Horszowski in 1987 what the first quality was which he expected of a student, he replied: “I listen to their touch. If their touch is hard, I immediately suggest they change profession.” Thanks to his vast culture, Horszowski opened up new horizons for Istomin. He recommended humility and asked him not to try and become a pianistic version of “Superman” by seeking perfection at all cost. However, his influence was rather limited, as it was Istomin’s last year at the Curtis. Serkin wanted to watch over his development personally, and remained his real teacher. Horszowski continued to support Istomin through the early years of his career. He attended his debut with the New York Philharmonic, then his first recital at Town Hall, noting in his diary that he was very warmly received and that his Chopin was excellent. In March 1944, he performed Bach’s Concerto for 2 Pianos BWV 1061 with Istomin, under the direction of Adolf Busch. 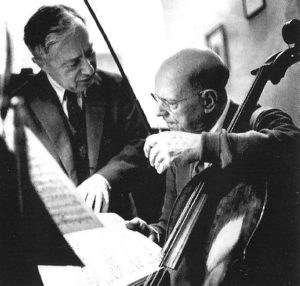 Of course, both of them joined Casals on many occasions, first of all in Prades. When Istomin was the artistic director of the 1954 Festival, which was entirely dedicated to the chamber music of Beethoven, he was careful to keep the spotlight on his elders, entrusting them with the few solo piano works which had been programmed (Sonata Op. 109 and Diabelli Variations for Serkin, Sonata Op. 111 for Horszowski) without reserving any for himself. From 1957 onwards, the three pianists faithfully joined Casals at the Puerto Rico and Marlboro festivals, and on October 1971, when the United Nations awarded the Peace Medal to Casals, the three of them played Bach’s Concerto for 3 Pianos BWV 1064 under his direction. They performed the same work again in June 1976 in Puerto Rico, this time under the direction of Sasha Schneider, as a tribute to Casals for the 100th anniversary of his birth. 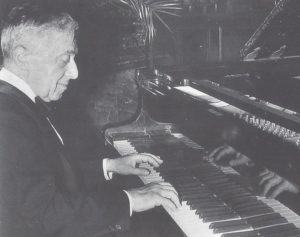 Horszowski was not a virtuoso, but he was a wonderful musician whose pure style and beautiful tone remained a point of reference for everyone, colleagues as well as students. Toscanini held him in great esteem and invited him twice to perform with the NBC Symphony, in 1943 in Mozart’s Concerto No. 27 and in 1953 for the Martucci Concerto No. 2. This should have been enough to launch a brilliant career in the United States, but the major record companies and orchestras, managers and organizers continued to ignore him. They found him too modest and discreet, and not spectacular enough. 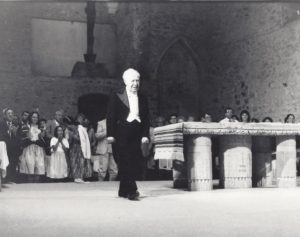 Their interest in him was only aroused when he was over 90 years old and had become a subject of curiosity, breaking the records of longevity. The doors of the great concert halls of the world were reopened for him. Istomin was somewhat shocked: “Why didn’t they do this earlier, when he was at the peak of his artistry?” For his part, he had always seized every possible opportunity to defend Horszowski’s cause. When Istomin discovered that Horszowski had never played with the Philadelphia Orchestra, despite the fact that he was living and teaching in the same city, he convinced Ormandy to invite him. Thus Horszowski made his debut with the Philadelphia Orchestra at the age of 86, on November 16, 17, 18 and 21, 1978. Istomin had suggested to Ormandy that Horszowski play the Concerto No. 27 by Mozart, a work in which he was incomparable. Horszowski never knew of Istomin’s intervention. 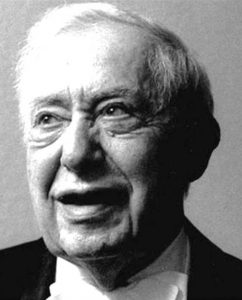 If Istomin regretted that these tributes came so late, his admiration for his elder remained intact. He pointed out that from the period of time once his declining eyesight no longer allowed him to read the scores, Horszowski tended to reconnect with the freedom of phrasing and singing which were prevalent in the days of his youth. He was also surprised that Horszowski barely slowed down his tempos: “Many aging artists do so, especially in the most intense moments, partly because their physical and technical means are declining, but above all because they become more and more withdrawn, in a sort of highly introverted contemplative state. Casals and Serkin occasionally tended to do this. Horszowski does not, because his trust in God is absolute. It avoids this withdrawal into oneself and the need for inner musical contemplation.” 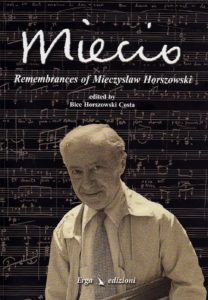 Throughout Horszowski’s diary (published by Bice Costa Horszowski in 2002 under the title Remembrances), there are numerous expressions of the affectionate bonds between Miecio and Eugene. On September 22, 1991, Istomin participated in the concert in homage to Horszowski which was organized in Philadelphia to celebrate his 100th birthday as well as 50 years of teaching at the Curtis Institute. All his former students came together, notably Richard Goode, Peter Serkin and Seymour Lipkin. Horszowski chose the repertoire and asked Istomin to play Casals’ Prelude, a work which was particularly dear to his heart.