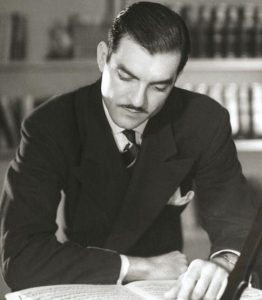 Jorge Bolet in the early 40s

When Serkin began to teach at the Curtis Institute of Philadelphia in the autumn of 1939, he needed an assistant, especially since he had a very busy concert schedule which caused him to be frequently absent. As he had no acquaintances in the United States and no name to propose, he let the Curtis management hire a very young Cuban pianist, Jorge Bolet. It was a strange choice, as it was difficult to imagine more opposite musical personalities. Bolet was a Curtis alumna, and indeed the only one who was ever awarded the prestigious Josef Hofmann Scholarship. He completed his tuition with great masters in America and in Europe. His debut was quite successful. The only point Serkin and Bolet had in common was their dedication to Max Reger’s works. One of the main achievements of Bolet’s discography would be Reger’s Telemann Variations. Serkin had performed these variations several times at the beginning of his American career, but he dropped them from his repertoire after American critics proved to be allergic to the piece.

Apart from Reger, nothing gave Bolet greater pleasure than performing showpieces, or acrobatic arrangements by Leopold Godowski, who was the father-in-law of his teacher, David Saperton. The greatest fun enjoyed by Istomin and his classmates was to entice Bolet into sitting down at the piano, which was not very difficult! Bolet invariably threw himself into playing a long series of virtuoso pieces, hoping that his young students would follow in his footsteps. In actual fact, his rapport with them was not good, and more often than not, the students had fun imitating him and exaggerating his mannerisms. Serkin was their only teacher. 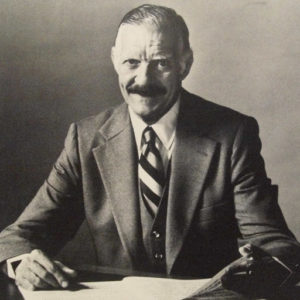 In 1942, the Cuban government asked Jorge Bolet to leave the Curtis and take up the position of cultural attaché at the Cuban Embassy in Washington. He was replaced by Horszowski, to everyone’s deepest satisfaction. His complementarity with Serkin, wide-ranging culture and kindness brought a great deal to the class. Horszowski was destined to teach at Curtis for fifty years.

As for Bolet, this educational experience most likely came too early. He was only 25 years old and was not mature enough, and his repertoire and curiosity had not yet had sufficient time to develop. He devoted himself again to teaching only from 1968, in Bloomington and later at Curtis, where he succeeded Serkin as head of the piano department. His career, which had remained marginal for a long time, rose spectacularly in the 70s and 80s.

Many years after having been Rudolf Serkin’s assistant at the Curtis Institute, Jorge Bolet had become a great pedagogue, as this very interesting masterclass on the Rachmaninoff Third Concerto shows. This was filmed in 1983, and the student was Barry Douglas.