“I met her in Prades in 1950. Everybody could only be struck, when seeing her, by the mixture, in equal parts, of ugliness and beauty. Beyond her ungrateful physique, she had an amazing spiritual radiance. Her whole person was contradictory. She was clumsy in her movements; she was constantly bumping into things. But at the piano, she was the very height of elegance and vivacity. She was constantly depressed and very often sick, but she had a lot of humor and made fun of her misfortunes. We became friends, and met again in Switzerland and the following festivals. 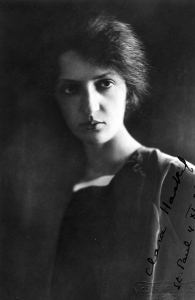 Photo signed during her 1927 American tour 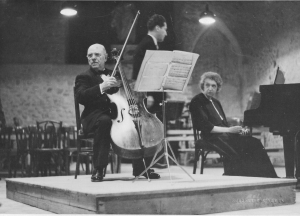 Pablo Casals and Clara Haskil at the Prades Festival 1953

I had left her my room at my parents’ home, with my piano. Her needs were so modest, so simple that it was easy to host her! I had gone to live elsewhere, and I had to go and give concerts during part of her stay. We visited New York. She loved skyscrapers: the Empire State Building had not yet been finished in 1927! We met up with many musicians she had known in Prades, like Isaac Stern and Sasha Schneider. I introduced her to other great personalities in American musical life, such as Ormandy, who signed some records to her with a very kind and admiring dedication. We talked a lot about subjects other than music, but also about pretentious conductors, and people she loved, like Grumiaux and Lipatti.

What was most striking about her was the primacy of spiritual strength over physical weakness, the incredible moral strength she had. She was an artist of rare musical integrity. She was a chosen one, whose soul communicated immediately.”

Interview of Eugene Istomin on Radio Canada on September 12, 1995, for the 100th anniversary of Clara Haskil’s birth 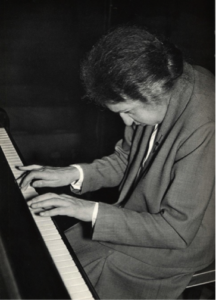 The extraordinary impression Clara Haskil made on the American public can be summarized by the Time Magazine issue of November 12, 1956: “The audience sat rapt and bewitched. Not a feathered toque or a velvet pillbox moved in Boston’s Symphony Hall. There was something vastly appealing about the frail, hunched woman as she bent over the keyboard; her playing of Beethoven’s Concerto No. 3 was filled with a rare kind of fire, poetry and sadness. When she finished, the hall reverberated to stamping feet and shouts of ‘Bravo!’ She was called back an unprecedented five times… It was one of her younger colleagues there, pianist Eugene Istomin, who helped persuade her to venture a return to the US”. Boston critics were as ecstatic as the audience. The Herald critic Rudolph Elie called it “one of those magical revelations that occur in music once in a generation…” 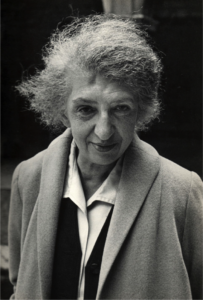 Eugene Istomin had taken such good care of Clara that Gary Graffman nicknamed him Haskil’s Mother! Istomin had asked his colleagues and friends that the famous Steinway CD 199, which they shared for their most important engagements, be reserved for Clara’s concerts in Boston! After that, the piano was meant to go to Chicago where Graffman was to give a recital – but the train carrying the piano derailed, and poor Graffman had to play on a terrible piano. He regretted having followed Istomin’s exhortations of gallantry, hospitality and chivalry!

Istomin had even tried to convince Clara to do a tour in South America. He had taken her to Horowitz’s, and she related this unforgettable evening: “Milstein told him about me, which I think is very nice of him. We stayed there until two in the morning. I could have spent all night there! At the piano, Horowitz is Satan himself, and as original as possible, but very friendly.” 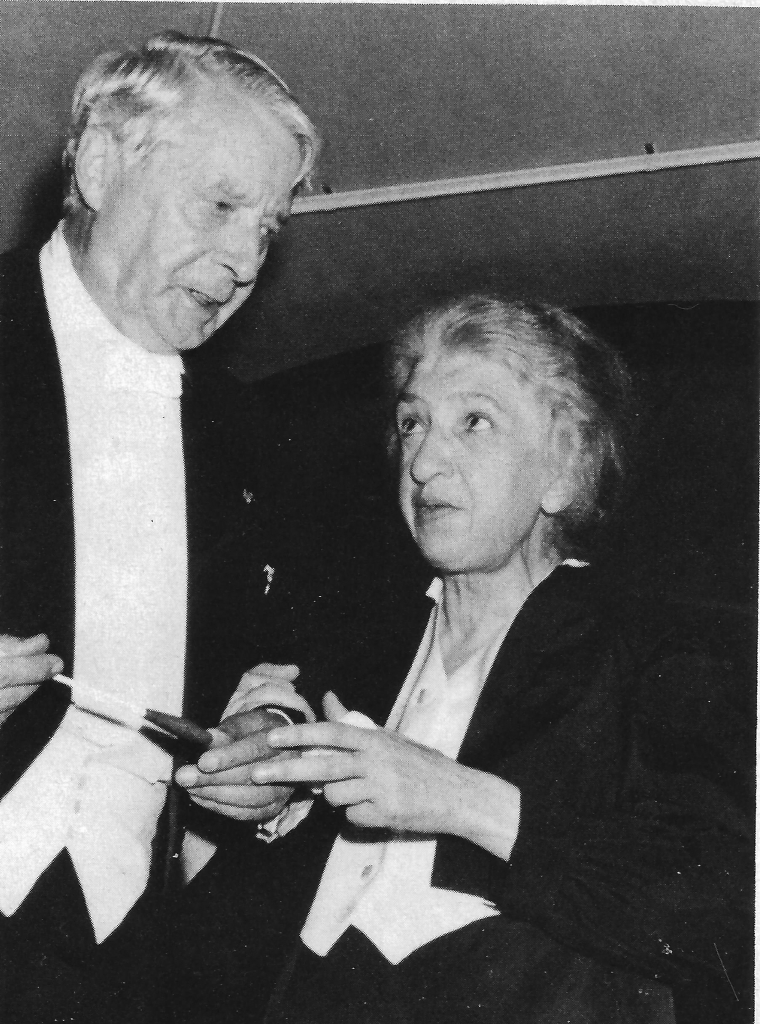 On November 8, 1956, she wrote to Michel Rossier: “I am terribly tired but infinitely happy. So far, everything has worked so well that I am almost afraid to admit it. If this happens also in New York, it would be a real triumph for Istomin, who faced – he later told me – extremely strong resistance from Judson Management and other people whenever he talked about me, and who tried – and succeeded – in imposing me upon them. The four concerts in Boston were an extraordinary success, a virtual triumph – already at the rehearsal with the orchestra musicians. For the last concert, I played Mozart, in agreement with Munch, who demonstrated a deeply moving friendship for me. As for the reviews, they exceed the best I’ve ever had. (…) The piano came from New York where I will have it too. Istomin took care of everything -the choice of piano, the travel (he came with me), etc. and I was deeply touched to see how happy he was about my success. He also takes me to the best restaurants. To sum things up, it’s a way of life which I could never have imagined: I would be tempted to say that I’m beginning to like it.” 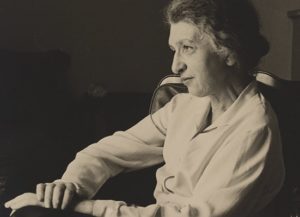 A few days later, after another triumph in New York where she played Mozart under Paul Paray, she wrote to a friend: “Before going to America, I lived under pressure, in a turmoil of agitation and worry. The fact that the concerts and the reception, both by the press and the public, were what they were – is a miracle to me. I was that much happier and moved, and – against all odds – I will return with joy.” And she added about Istomin: “He is a soul of rare quality, coupled with a quite exceptional artist”.

J.S. Bach. Concerto in F minor BWV 1056, the last two movements. Recording made at Prades for Columbia on June 6, 1950. The only official recording of Clara Haskil and Pablo Casals.

Clara Haskil at Chaplin’s. Silent film where we can see Clara Haskil walking along with Casals and taking his arm (1958).