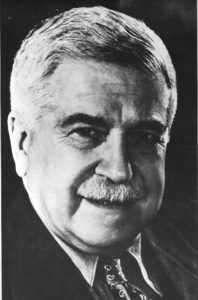 During the 1940s in the United States, Artur Schnabel and Rudolf Serkin were considered to be the two high priests of the Germanic repertoire. Even though both preached utmost respect of the text and the search for musical truth, their worship was very different. There was less rivalry on the concert stage than in the passionate debates between their fans and disciples. Those close to Serkin declared that he had the highest esteem for Schnabel, but that he regarded his pianistic negligence as unacceptable. Conversely, it is said that once Schnabel told Serkin that he would be better to stop practicing so much and to give –  and take – more pleasure when performing.

Schnabel was Fleisher’s venerated master, while Istomin was Serkin’s student. The two young pianists enjoyed squabbling about their mentors. Actually, Istomin felt a deep admiration very early on for Schnabel. In April 1970, he revealed in an interview for the magazine High Fidelity: “During the early war years in Philadelphia I became friendly with composer Harold Brown, a most sensitive and perceptive musician and an ardent Schnabel devotee. He had all this pianist’s records and practically drowned me in them… I began to go to every concert of Schnabel that I could… In a few years I had absorbed his playing so thoroughly that when I first met him I felt as if I had known him long and well.” 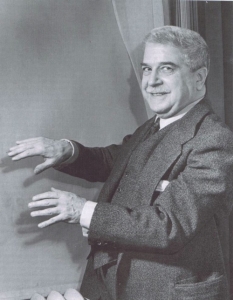 For Istomin, Schnabel was a refreshing antidote to Serkin’s very rigorous approach, freeing him from the prison of the bar line and allowing the phrase to come alive without the constraints of relentless regularity. It also relieved him of focusing too much on details. In 1974, Istomin told Robert Jacobson: “Technique is to be able to lay open the basic sense of a great work of art, to make it clear. The most extraordinary example of an artist who always did that, but who was technically unreliable and inaccurate (sometimes to the point of seriously jeopardizing his performance) was Schnabel. Even today on records I’m struck by this incredible thing – he always had the ability to give you a really in-depth sense of the work, even though details might be botched left and right. And this is the highest form of the art, particularly in the colossal works where the details are absolutely unimportant. They’re so myriad that they all have to be part of the vast mosaic – so little chips are little things. The big line must be there!”

This admiration for Schnabel inevitably caused conflicts with Serkin. As Istomin told Serkin’s biographers, Stephen Lehmann and Marion Faber: “We once had a confrontation about the way to play the first movement of Beethoven’s Piano Sonata Opus 54. I was at that time enamored of Schnabel’s way of playing across the bar line – Schnabel played in long curves, so to speak and I was doing a lot of that as very impressionable youngsters do. Serkin said: ‘Well, if you insist on playing these passages out of time, it’s better not to play that sonata’. And I said, ‘Well, then I won’t!’ And that was the end of that class. Far from being crushed, I simply went underground with my Schnabelian curved time.” 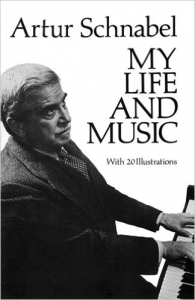 Schnabel was often regarded as a guru. There was a great deal of awed mysticism amongst his disciples, who were expecting him to reveal the essence of a work, or even the essence of music itself. Fifty years after Schnabel’s death, Fleisher was still speaking of him in such terms, as he evoked a rehearsal of Mozart’s Concerto in C K. 467 in Chicago, saying that Schnabel’s interpretation of the famous Andante had enlightened and guided his entire path as a musician. Schnabel’s prestige was so high that William Kapell asked him for lessons in the late 40s, even though his own career was flourishing. He insisted on paying for the lessons, as if he were undergoing psychoanalysis!

A few, like Claude Frank, another of Istomin’s close friends, were able to synthesize Serkin’s and Schnabel’s approaches. They realized that both came from the same great tradition, but with two different visions. Claude Frank had studied with Schnabel for eleven years and then joined Serkin in Marlboro from 1953. He found Serkin to be more rigorous than Schnabel about music and piano playing, recalling that in the Beethoven Sonatas, Serkin strictly forbade any redistribution of the notes between the two hands. When Claude Frank told him about the beginning of the Hammerklavier: “Nine times out of ten I miss it if I have to play it with one hand” – Serkin simply replied: “Because you don’t concentrate”. And Serkin let him know about his own experience and his need for self-flagellation: “Whenever I miss it I say to myself, es geschieht dir recht.” [it serves you right]. (Stephen Lehmann and Marion Faber, Rudolf Serkin, A Life).

For his part, Istomin let time and reflection sort out the many influences he had eagerly absorbed over the years, and which eventually allowed him to find his own way. His admiration for Schnabel never faded. Upon hearing Schnabel’s recording of Schubert’s Sonata in D, he was overcome by an overwhelming urge to play it. He performed this Sonata frequently in the 60s and the 70s and recorded it in his turn.