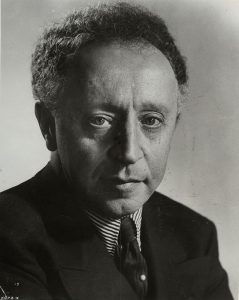 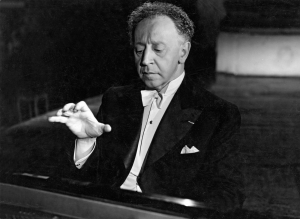 For him, fame and great career arrived quite late. Without ever really betraying the music, he complied with the recommendations of his managers and made concessions in order to be successful, playing Chopin time and time again, since the public was eager to hear him in Chopin. The way he attacked Falla’s Fire Dance with his hands above his head was ridiculous, but thrilled the audience. He recommended that I do the same, and to not get upset when a bad piano didn’t allow me to play as well as I would have liked. He gave me this kind of advice, which to tell the truth, I was actually not willing to follow.

In the early 1960s, he asked me to play the Symphonie Concertante which his friend Karol Szymanowski had dedicated to him. He was nearly 80 and wanted another pianist to take over and be available for any orchestra who wished to program it. I accepted out of respect and friendship for him. 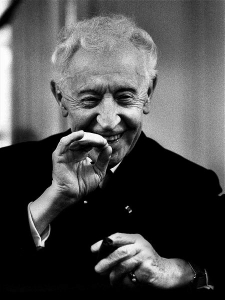 We talked about a lot of things, and of course about pianos! He too found that the American Steinways of the 1960s sang less than before and that the Hamburg Steinways had a much warmer sound. I had actually bought a Hamburg Steinway. One day, he asked me to lend it to him for a concert with the New York Philharmonic. Of course, I accepted. My piano was transported to the Lincoln Center, but at the last minute, Henry Steinway heard about it. He was supposed to attend the concert with representatives from Hamburg Steinway who were visiting New York, and the mere idea of seeing a Hamburg Steinway on stage at the Avery Fischer Hall was unbearable! Henry Steinway urged Rubinstein to give up this piano and to play on an American one. Steinway also rang me, to call me to order. The next day, Arthur phoned me to say how sorry he was, and sent me a cheque for $200 for transportation costs which I kept as a souvenir… 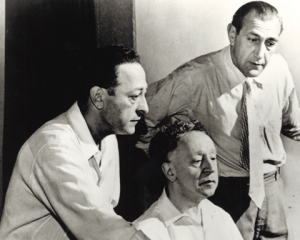 We also talked about chamber music and of the difficulties, both musically and humanly, of forming a trio. He too had had to deal with delicate relationships with his partners, Heifetz, Feuermann and later Piatigorsky, who questioned the predominant role of the piano and wished to have more musical responsibility and media consideration! In 1968, Stern, Rose and I were in Lucerne at the same time as Rubinstein. We were rehearsing Schubert’s 2nd Trio, in E flat, one of the longest and most impressive trios of the repertoire, and I decided to ask Rubinstein to listen to us. We came and played it to him in his suite. He was very positive, and gave us some advice. 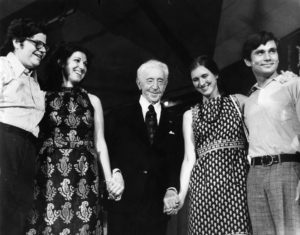 With the winners of 1974 (Emanuel Ax first on the left)

We also talked about politics, a subject on which we had no difficulty in agreeing. In 1968 he joined me on the Art and Letters Committee supporting Hubert Humphrey’s Democratic candidacy. Regarding Israel, we were both very close to Golda Meir, Ben-Gurion and Teddy Kollek, the mayor of Jerusalem. He asked me to be part of the jury for the 1st Rubinstein Competition in Tel Aviv in 1974 and I accepted, although I don’t like competitions and juries. Emanuel Ax was the winner! We met again on several occasions in his last years – in Paris shortly after my marriage to Marta, and in Israel after he had separated from Nela and was working on his autobiography. My last memory is of a walk we took in Israel. He was almost blind, and gave me his arm. It was very moving.” 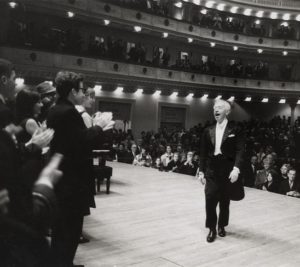 In a later interview with John Tibbetts, Istomin admitted that he had gradually moved away from what Rubinstein represented as a musician and as a man: “I loved him dearly, but he was the opposite of Serkin – he was too anxious to seduce. He would do practically anything to obtain an audience and achieve success, which had come to him so late in his career. He was a confirmed reveler in his youth. He had monumental talent and could do anything on the piano. He was very competitive when it came to other pianists, or other gentlemen interested in ladies. He was a very great pianist, but he was very lax about his effects. He often spoke about himself as being a bit of an imposter. He could get through performances without being prepared. It was rather amusing, but he was not an ideal inspiration for young pianists! His spirit of competitiveness with young people lasted until the very end. He was not someone to venerate! When I called him and asked: ‘How are you?’, he answered proudly: ‘It’s sold out!’ I did not want to hear Arthur Rubinstein tell me that the hall was sold out, I wanted him to be a father figure.”