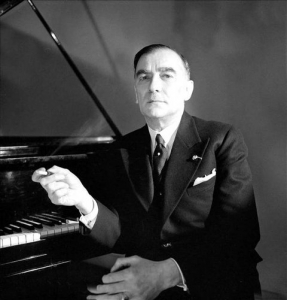 Karol Szymanowski’s Symphonie Concertante is an unloved work. It was premiered by the composer at the piano on October 9, 1932, just a few weeks after its completion.  In the following months, Szymanowski performed it in nearly all the European capitals, but after an initial spark of curiosity, the work fell into oblivion. In America, Arthur Rubinstein, his dedicatee, gave the first performance in 1941, with the Philadelphia Orchestra conducted by Ormandy. Rubinstein recorded it in the early 1950s and performed it from time to time, as often as the great American orchestras, who were not very bold in their programming, accepted it. Upon approaching his 80th birthday, he felt that the work needed another younger champion, capable of imposing it. He chose Istomin and simply told him: “Now, it’s your turn!”

Istomin willingly accepted this delicate mission. The work is not very public. It is difficult for the orchestra, and the pianist is barely highlighted under very rich orchestration. It also requires extensive rehearsal time, which is rarely possible. Rubinstein recalls that when he first played it with Eugene Ormandy and the Philadelphia Orchestra, at that time the best orchestra in America, it took three complete rehearsals and six concerts for him to feel completely at ease. 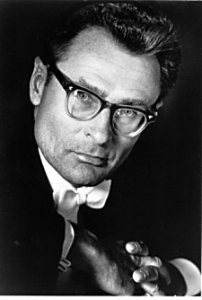 Istomin performed the Symphonie Concertante for the first time in 1965, with the Minneapolis Symphony Orchestra. The conductor was Stanislas Skrowaczewski, a great Polish musician, who had won the Szymanowski Prize in 1947. The next year, he played it twice with familiar performers of the work, Eugene Ormandy and the Philadelphia Orchestra. To make the program more attractive, Istomin also played the Beethoven Third Concerto. The reluctance of the American orchestras to take any artistic risk meant that he had very few opportunities to play it again. There were only two: in 1972 with the Detroit Symphony and Sixten Erhling, and in 1973 with the Cleveland Orchestra, once again with Stanislas Skrowaczewski. In the late 70s, Istomin intended to perform and record it in Poland under his friend Jerzy Semkow, but the project was cancelled for various political reasons. Semkow eventually recorded the work with the Polish pianist Piotr Paleczny. As for Istomin, he no longer kept this work in his repertoire.