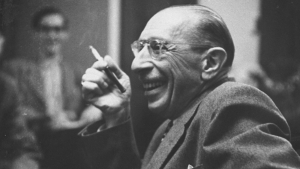 For Eugene Istomin, Igor Stravinsky was undoubtedly the greatest composer of the 20th century. He acquired the complete recorded edition which was conducted or supervised by Stravinsky himself, and made a point of listening to the entire set. He shared this admiration with his friend David Oppenheim, whom he had encouraged to make his famous documentary on Stravinsky for CBS. The initiative came from Stravinsky himself, who had just watched the film Oppenheim had devoted to Casals (Casals at 88) and had liked it. 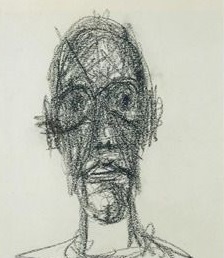 This was in 1965, when Istomin had just added Igor Stravinsky’s Sonata to his repertoire. He had not dared to disturb the composer by seeking his advice, but turned instead to his son, Soulima Stravinsky, who was teaching at the University of Illinois and who had worked on the Sonata with his father.

In 1968, Istomin wrote to Stravinsky, asking him to join the Arts & Letters Committee which supported Hubert Humphrey as the Democratic candidate in the presidential elections. Stravinsky politely replied that he preferred Eugene McCarthy, who seemed more radically opposed to the continuation of the war in Vietnam. Istomin’s admiration was also expressed by the acquisition of a portrait of Stravinsky sketched by Alberto Giacometti in Paris in 1957. 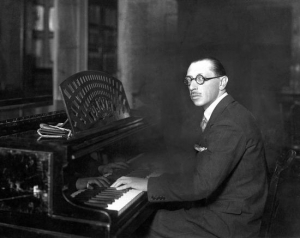 Stravinsky at the piano (early 1920s)

In 1965, Istomin visited the Soviet Union under the aegis of the State Department. He had learned from his first tour beyond the Iron Curtain that he had to be cautious in his choice of programs and manner of communication. Two years before in Bulgaria, the Communist authorities had done their utmost to make his concerts a failure. When they were eventually forced to admit that he had been a great success, they found a good reason for this: Istomin had no American roots, he was actually a Russian pianist! This is why, during his tour of the Soviet Union, Istomin decided to exclusively perform concertos by Beethoven and Brahms, and to include only one “Russian” work in his recitals, by a former French and now American citizen: Igor Stravinsky! Istomin was very fond of his Piano Sonata which was composed in 1924: “I love this sonata. It exudes simplicity, while it is extremely complex in its writing. It is very moving music, even if it hides behind an appearance of objectivity and impassivity. It reminds me of Beethoven, even in its humor.” (Interview with B. Meillat 1989)

A Conversation with Stravinsky, with Robert Craft (1957). An amazing document.