The Istomin-Stern-Rose Trio was in residence in Meadow Brook during the summer of 1966. In addition to concertos with the Detroit Symphony, under the direction of Sixten Ehrling, and chamber music concerts, the Trio members were also scheduled to give master classes with the three students they had invited: Jean-Bernard Pommier, Pinchas Zukerman and Lynn Harrell. A Detroit journalist, Jay Carr, attended Istomin’s master class on July the 30th, which was devoted successively to the Beethoven Emperor Concerto and the Brahms First Violin Sonata. Here is the report he published the next day in the Detroit News. It sheds light on Istomin’s concept of teaching and his relationship with Pommier. 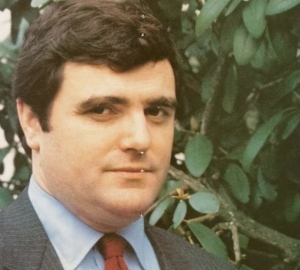 Jean-Bernard Pommier in the late 1960s

“Each of the two was seated at a separate piano. Istomin soon interrupted his playing of the orchestral part to jump up and advise his young colleague on the phrasing of a certain passage. ‘More majestically’ Istomin said, and then translated for Pommier who speaks no English. ‘Plus majestueusement’. ‘Majestueux, mais pas enflammé’. The young French man replied, injecting a fine Gallic precision into the issue.

The dialog continued and the point is that it was a dialog. Students who show up at master classes, it is assumed, can play the notes. The matters treated in these classes lie in the realm of phrasings, dynamics, inflections. There was nothing pedantic about the session. Istomin, who is not without pianistic ideas, always allowed for the thoughts of the younger pianist. They clearly shared a respect for their material.

Istomin, soft-spoken, addressed his auditors nervously, but self-consciousness evaporated as the piano spoke for him until articulateness returned. He made clear to the students that there are no absolutes in music and later on he illustrated, in his discussion of a Brahms violin-piano sonata, that many questions relating to phrasings and shapings of the music are ultimately more philosophical than purely technical. A question was how to interpret the term ‘vivace’. 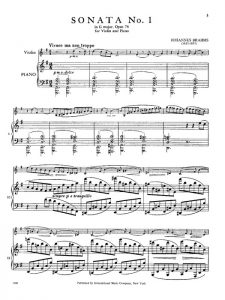 That led to a brief discussion of the quality of vivaciousness, as expressed musically. ‘I don’t think of vivace as a Mendelssohnny, elfin, ha ha ha  thing’ Istomin said. ‘I think it refers to a state of the soul, a lightness.’ But mostly they said it with music. What Istomin tried to communicate were his feelings about the substance of the music, which dictates much of the way it should be played.

After the session which ended with a traversal of the first movement of the Brahms G major Sonata played by Istomin and a young protégé of Isaac Stern’s, Pinchas Zukerman, Istomin supplied a few facts about Pommier, again disclaiming the role of teacher. ‘I don’t consider him a student. He is a young artist.’ Istomin said. ‘I consider him a colleague.’ 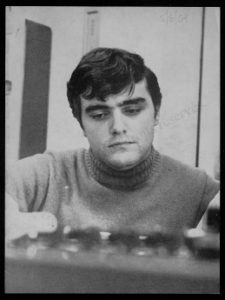 Pommier in the mid-60s

Pommier, whose wife is a violinist, is, under Istomin’s wing, visiting the US for the first time. Istomin met Pommier in Sofia, Bulgaria, in 1963, where Pommier impressed with a performance of the Ravel Concerto in G. ‘He got in touch with me,’ Istomin said, ‘and last year when I played in Paris. I suggested that he come to this country to see what was going on.’

‘He had won prizes, including one in Russia, and he had made a number of successful appearances, but, being intelligent, he was skeptical about his success. This is how he can lose this success very fast. Very simply he wanted to deepen his knowledge. He is here with me now on a perfect understanding that he is to absorb only whatever he wished to absorb from me and my colleagues (violinist Isaac Stern and cellist Leonard Rose). He goes back to Paris after the festival here but he will return to New York in September. I think he should know Serkin, Horowitz, Fleisher, Glenn (Gould). I think we have more to offer him that the Russians and I want him to get to know the American milieu. I’ve advised him to wait a couple of years before touring though. Unfortunately in this country there are no areas where young artists can play bad concerts.’

And as Istomin left to practice the works he will perform with the Detroit Symphony this week-end, he was back on the subject of teaching. ‘Oh, I don’t consider myself a teacher,’ he reiterated. ‘I try to learn, Rose is the real teacher. He is teaching at Juilliard and Curtis. But the essential thing is the pupil. He will learn even if the teacher is stupid.’”