After the extraordinary odyssey of the Beethoven year, two major events were on the Trio’s agenda for 1971: the inauguration of the Kennedy Center, and a three-week tour of Japan, starting September 25. 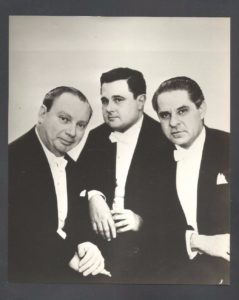 The Kennedy Center for Performing Arts was inaugurated on September 8 with the creation of Mass, a work by Leonard Bernstein dedicated to the memory of President Kennedy. On September 12, Istomin, Stern and Rose gave the first chamber music concert in the great concert hall, in front of the most prominent American personalities, the entire diplomatic corps and media from around the world. It was a great honor and an emotionally-charged occasion, as all three had the greatest admiration for Kennedy, who had invited them to play at the White House in June of 1962. The evening began with the reading of a long and moving letter from Casals in tribute to Kennedy. It ended with a prolonged standing ovation after their performance of the Beethoven Ghost Trio, Brahms’ Trio No. 3 and the Mendelssohn First (the very trio that Casals had played for Kennedy at the White House in 1961). The reviews were ecstatic. A few days later, the Trio began its tour in Japan to make up for their absence from the Beethoven year. They had never been there together before and would never go back again, despite the frenzied reception which they received from the Japanese audiences. They no longer had the stamina to prepare another cycle of all-Beethoven programs, but they performed at least one work by Beethoven in each of the three concerts which they gave in Tokyo and in the cities of Osaka, Nagano and Yokohama. 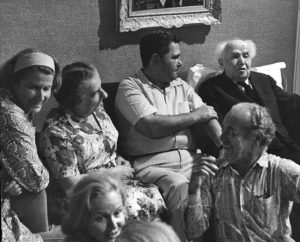 After a break in 1972, which led to rumors that they were separating, they remained faithful to their promise of reserving a few weeks each year for the Trio’s activities. They all felt they needed to take a step back in order to allow the tensions engendered by the extended Beethoven tours to dissipate. In the spring of 1973, they briefly toured the United States with the complete Brahms Trios and participated again in the Israel Festival in August with Casals and Schneider in order to inaugurate the Mishkenot Sha’ananim Cultural Centre, which was intended to welcome all the great artists, writers or intellectuals visiting Israel, and which housed the Jerusalem Music Centre, a project initiated by Isaac Stern and Teddy Kolleck. In the fall, they joined forces several times at Carnegie Hall for the cycle “Isaac Stern and Friends”. 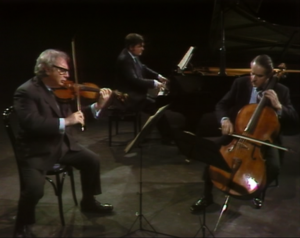 Recording the Brahms Trios for the French Television

In the autumn of 1974, the Trio divided its activity between Europe, where they filmed the complete Brahms Trios for French Television (subsequently released on DVD in 2004), and the United States.

In 1975, Istomin, Stern and Rose spent a few weeks together in June, notably at the Puerto Rico Festival where they played three trios (Beethoven Op. 70 No. 2, the Schubert B flat major and for the first time, Mozart’s Trio in B flat major K. 502) and two piano quartets with Pinchas Zukerman on the viola (Mozart K. 478 and Brahms Op. 26). They had not added any new works to their repertoire for a long time, due to a lack of rehearsal time, but they were aware that they needed to devote some time towards renewing themselves, not only for their own pleasure but also in order to consider making other recordings. In 1976, they tackled Mendelssohn’s Trio No. 2 in C minor Opus 66 and performed it at the Hollywood Bowl on July 15 and at the Jornadas Casals in Mexico City on October 21 and 22 for the hundredth anniversary of Casals’ birth. 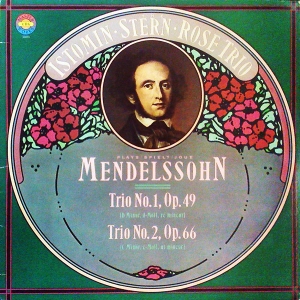 Concerts and recordings became rarer from 1977. Their last recording of the Mendelssohn Trio No. 2 was made on July 19 and 20 in 1979. According to Istomin and Rose, it was one of the greatest achievements of their discography. They had also recorded Mozart’s Trio K. 502, but the tape was lost by Columbia. In January and February 1980, they made their last major tour (twelve concerts throughout the United States) which ended at the Kennedy Center and Carnegie Hall. Although the halls were sold out each time and the reception from the audiences rapturous, the reviews were mixed. The New York Times praised their “effervescent way” and their “authority” but regretted the “severe intonation problems” of Stern and Rose. They were subsequently scheduled to participate together in a Brahms Festival in Detroit in April but Rose, who had broken his bow arm, had to be replaced by Paul Tortelier. 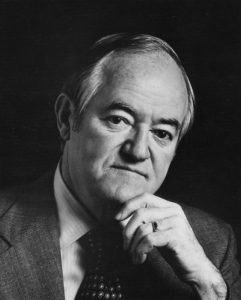 Hubert Humphrey, a very close friend of the Trio

During the last years of the Trio’s existence, there were also three very moving moments, three tributes to figures who had been very important to the members of the Trio and who had passed away. In January 1978, Istomin, Stern and Rose played the Andante from the Schubert Trio in B flat major for Hubert Humphrey’s funeral in Washington. In May 1982, the Trio played the first movement of Brahms’ Trio in B major in homage to Abe Fortas, the former Supreme Court judge who had been a staunch defender of music and the arts. Their ultimate appearance together was in the ceremony marking the 20th anniversary of Kennedy’s death on November 22, 1983. Once again, they performed the Andante from the B flat major Trio by Schubert. This was a touching symbol of the end of their adventure. Leonard Rose was already ill at the time and was to die less than a year later from leukemia. On November 27, 1985, Istomin and Stern participated in the tribute concert organized by the Juilliard School, where Rose had taught so many young cellists. 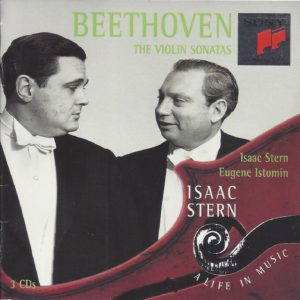 Stern and Istomin had just completed the recording of the complete Beethoven Violin Sonatas. Stern suggested that they continue playing trios with another cellist, but Istomin refused. Stern, who was still eager to play and record chamber music, turned to the younger generation, while remaining in the same musical family: Yo-Yo Ma had been Rose’s student, while Emanuel Ax and Yefim Bronfman had studied with Istomin. He did not play trios often and recorded only one – the Shostakovich Op. 67, a work which he had never performed with Istomin and Rose – but he enjoyed collaborating in concerts and in numerous recording projects, ranging from sonatas (Mozart, Brahms, Bartók) and piano quartets (Mozart, Beethoven, Brahms, Fauré), to string quintets and sextets. As for Istomin, he performed chamber music only on special occasions, notably at the Evian Festival. It was there, in 1990, for Stern’s 70th birthday, that he agreed to play a trio one last time: the Archduke with Stern and Rostropovich.