Ned Rorem met Eugene Istomin in 1942 when he came to study at the Curtis Institute. By coincidence, the room which Rorem was renting was just above Istomin’s apartment. In his book Knowing When To Stop, he painted an amusing portrait of Istomin as “a dusky, worried cherub with a social stance that combined warmth and hauteur in equal doses.” And he added: “For now he was winding up the scholastic year, practicing all day, dining always at L’Aiglon nearby, where his father was maître d’hôtel, reading heavy stuff (Thomas Mann, Leibniz & Russell’s and Whitehead’s Principia Mathematica) and going to movies. (…) He knew his worth at seventeen, a master pianist already, he never improved, and I mean this as a compliment. Great interpreters don’t progress — except sometimes negatively, the way a cancer progresses — so much as expand or contract repertorially; they are what they are by mid-adolescence, because excellence and comprehension don’t come with age, they’re inborn. (…) During that year I heard Eugene practice and perform for hundreds of hours. His nature became my second nature. I myself am hardly a great pianist but I am a good impersonator; when people comment on my pianism, I say: ‘I can’t play at all, I’m doing an imitation of Eugene’. The artistry of Eugene Istomin has influenced the way I approach all music, even music he despises.” In October 1943, when Istomin won the Philadelphia Orchestra Youth Contest, Ned Rorem accompanied him on the second piano. 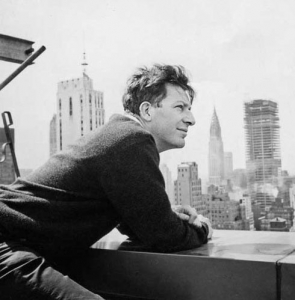 Shortly after the end of World War Two, Istomin, who was then socializing in the avant-garde milieu of Manhattan, met Paul Goodman through Ned Rorem. Goodman would be famous only in the early 60s, when he became one of the gurus of the American protest movements. At that time, his poems, novels and essays were published in anarchist reviews or by marginal editors. His taste for originality at any cost and his desire to break with tradition and to shock had appealed to Rorem and made him deeply change his way of thinking and living. Some of Rorem’s most beautiful songs were composed on Goodman’s poems. 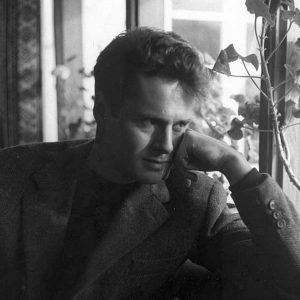