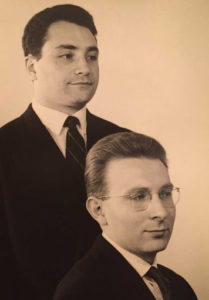 Pierre Vozlinsky (1931-1994), whom everyone simply called Voz, started his career as a pianist. After attaining First Prize in the class of Lucette Descaves at the Paris Conservatory in 1952, he gave numerous concerts as a recitalist and in chamber music in Europe and South America. He won the Enesco Competition in 1958 with violinist Serge Blanc. He made a remarkable recording of Mussorgsky’s Pictures of an Exhibition. In 1965, he decided to abandon the piano and became a producer of television programs, believing that he would be more useful to the cause of music in such a role. His series The Man and His Music was a model of intelligent popularization that did not hesitate to tackle difficult subjects.

In 1970, he was appointed Head of the Music Department for French Television and coordinated the Beethoven Year, a remarkable project that proposed an in-depth discovery of Beethoven’s masterworks to a very wide audience. They were broadcast at prime time, preceded by a historical introduction by the writer Max-Pol Fouchet, and followed by comments and analysis by Brigitte and Jean Massin, two distinguished musicologists. Of course, Vozlinsky had hired the best possible performers, asking the Istomin-Stern-Rose Trio to record the complete Beethoven Trios. It was on this occasion that Istomin became friendly with Vozlinsky. Istomin had been enthralled by the ambition of Vozlinsky’s television projects. His demanding concept of public service and the desire to democratize access to music without trace of any trace of concession or demagogy was perfectly in line with Istomin’s philosophy.

At the time of the French Radio and Television

Istomin later helped Vozlinsky convince Casals to consent to an interview during the 1972 Puerto Rico Festival. This is probably the best filmed interview of Casals ever made. It was broadcast by the French Television a few weeks later, followed by Beethoven’s Pastoral Symphony, which Casals had conducted during the festival.

In 1973, Vozlinsky was appointed Head of Music Programs of the National Radio and Television. He gave new impetus to the orchestras of the ORTF (Office de Radiodiffusion Télévision Française) by retaining conductors as prestigious as Celibidache, Bernstein, Maazel and Ozawa. In 1974, he fought as much as he could against the decision of the new President of the Republic, Valéry Giscard d’Estaing, to completely separate Radio and Television. He felt that Television would irrevocably distance itself from its orchestras and musical missions. The future proved him to be right. A demonstration of the musical effervescence of French television at that time can be found in the list of the recordings Istomin made between 1970 and 1974: the complete Beethoven and Brahms Trios with Stern and Rose, three Mozart concertos, the Brahms Handel Variations, Schubert’s Sonata in D major D. 850 as well as a short Chopin-Debussy recital. When his activities were confined only to Radio, Vozlinsky continued his work of revitalizing the orchestras and continued to call upon Istomin for numerous projects (concerts and studio recordings).

In 1981, Vozlinsky was forced to leave Radio France. He had come into conflict with the new left-wing government, who blamed him for his authoritarian management.

As so often happens, his successors made a point of not re-inviting any of the conductors and soloists who had participated in Vozlinsky’s previous ventures. Istomin was not invited back by Radio France orchestras for more than 15 years. 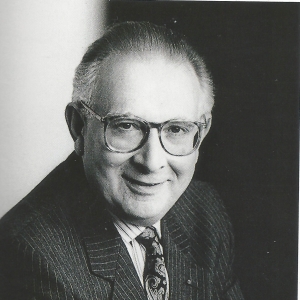 At the time of the Orchestre de Paris

After a stint at MIDEM and Erato Record Company, Pierre Vozlinsky became General Manager of the Orchestre de Paris in 1986, continuing his dual quest for excellence and accessibility. He created a series of Saturday morning concerts for young people, which proved to be very successful. Vozlinsky would have been delighted to invite Istomin, but Daniel Barenboim, his musical director until 1989, did not agree. Vozlinsky thought of Istomin for a complete Beethoven cycle with Wolfgang Sawallisch from 1994, but for some reason, he eventually chose Radu Lupu.

Istomin was deeply saddened to hear of Pierre Vozlinsky’s suicide in March 1994. The musical and political circles, where he had made many enemies, shed few tears. The most relevant tribute came from the Communist Party’s daily paper L’Humanité, with which he had no political affinity at all. Hélène Jarry wrote: “Nothing was too beautiful, nothing was too brilliant for the audience that Pierre Vozlinsky wanted to reach. As a high-level pianist himself and an educator, he never forgot that music was an art before it was a business.” Istomin himself would not have worded it differently.

Pierre Vozlinsky’s most ambitious project was the celebration of the 200th anniversary of Beethoven’s birth with a series of television programs which were broadcast weekly in prime time. It included the complete Trios.