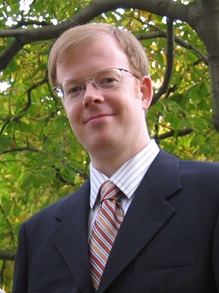 David Henry studied at the Royal Scottish Academy of Glasgow. In 2002 he was awarded the prestigious Wingate Scholarship to study at the Manhattan School of Music with Eugene Istomin. He divides his repertoire between the Germanic composers (Beethoven and Brahms) and 20th century music. He is also keenly interested in chamber music and has launched a piano duo with Sohyun Ahn. Here are his memories of the two years he spent with Eugene Istomin.

“I first met Eugene in the fall of 2000, shortly after I had arrived in New York from Scotland.  I was beginning my Master of Music at the Manhattan School, and I was to be his student. However he had not yet heard my playing, so first of all we had a meeting with Marta, and also the head of the keyboard department, and I remember Eugene’s first question to me, in mock seriousness – ‘Do your fingers work properly?’!  A little puzzled, I replied, ‘I believe they do!’ And he followed with, ‘But isn’t it so very cold in Scotland?  Your fingers must have surely frozen!!’  Shortly afterwards I played for him some Beethoven, and he must have sensed some potential as I then studied with him for the next two years.

I learned an incredible amount from Eugene, both about the piano and about music (for him, they were much the same thing).  So much of it is actually difficult to describe in words, or perhaps to summarize in simple terms.  This was a critical point in my life, where I was trying to make sense of a million things at once, and I was quite on my own in a new country.  Eugene understood that his role was also to challenge me and not accept standards below my potential, while also providing the best direction he could with regard to my path forwards as a pianist.  So we both worked hard to improve my playing.  I remain very grateful for his efforts, and investment of energy.  I am quite sure we infuriated each other on several occasions!

The benefits are much more apparent to me today than at that time, as both my musical sensibility, and technical approach to the instrument, have matured.”