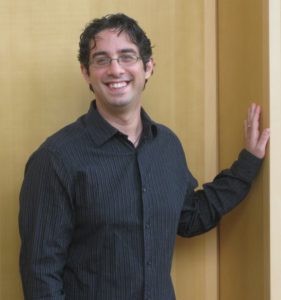 Assaf Sommer received his Bachelor’s degree from the Rubin Academy of Music in Jerusalem. In 2002 he was given a scholarship from the America-Israel Cultural Foundation to study with Eugene Istomin at the Manhattan School of Music, where he obtained a Master’s Degree. He has established himself as a versatile musician, performing repertoire ranging from the Renaissance to the 21st century on harpsichord, fortepiano and modern piano. His first CD was issued in 2015 with fantasies by J.S. Bach, C.P.E. Bach, Mozart, Voříšek, Mendelssohn and Scriabin, played successively on the three instruments. From 2010 to 2016, he was on the faculty of Ohio Northern University, where he taught piano and harpsichord.

Here are his memories about the all too short period during which he studied with Istomin: “I still to this day remember almost every moment from those lessons, and very often I wish I could have his opinions and thoughts about various musical questions. It took some time before I understood how ill he was even during the time I still had lessons with him, and his death was truly devastating. I am fortunate and honored to have had the opportunity to be his pupil. I have done my best to acquire all of his recordings that were available, and I’ll treasure them and those memories for as long as I live. In the second half of my graduate recital, I played Brahms Third Piano Sonata in F minor, which I studied with Mr. Istomin (even though he himself did not like it that much, I remember him telling me that it brings an association of sweaty armpits to him).”

Assaf Sommer plays the Presto from Scriabin’s Sonata No. 2