In 1985, the University of Maryland asked Eugene Istomin to take over the direction of its International Piano Festival, which had been founded fifteen years earlier. This festival included a competition, and Istomin had always been very reluctant to be involved in music competitions. He very rarely accepted being part of a jury (apart from the Leventritt, there were only the Arthur Rubinstein Competition, the Queen Elisabeth and the Santander Competition, each once). 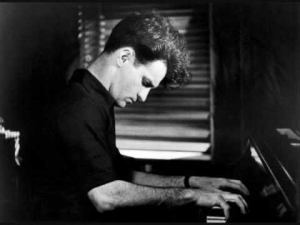 However, he was approaching his sixtieth birthday, and although very busy with his career and publishing work for Harcourt Brace and Jovanovitch, he was concerned about passing on his knowledge to younger generations of pianists. After years of absence from Marlboro, he had just returned from two highly enjoyable consecutive summers at the Festival. With Marta’s encouragement, Istomin accepted the proposition of the Maryland University, on condition that the project be truly ambitious, in regard to both the competition and the rest of the festival, with a combination of concerts, master classes, conferences, meetings and multiple exchanges. He was fully aware of the considerable work that this would entail, and he devoted himself entirely to all aspects of the festival, from artistic issues to organization and sponsorship.

Thanks to Marta and Rostropovich, Istomin had obtained permission to hold the finals in the Kennedy Center with the National Symphony Orchestra under the direction of eminent conductors like Julius Rudel in 1986, and Sixten Ehrling (who filled in at the last minute for Stanislas Skrowaczewski who was ill) in 1987. As the prize money was already high ($15,000 for first prize), he focused on providing concert engagements, in particular a Carnegie Hall recital (sponsored by a wealthy property developer, Sam Lefrak) and a concert with the Philadelphia Orchestra. 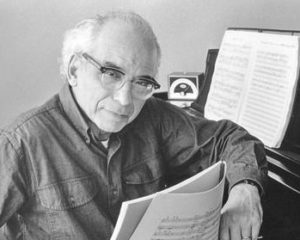 George Perle at the piano

As Istomin often reproached himself for his lack of commitment to contemporary music, he insisted that it be well-represented in both the competition and the festival, especially by the works of American composers. George Perle and Ned Rorem were the guests of honor for these two sessions. In addition to being commissioned the compulsory piece which was to be performed by all the candidates, they also participated in the jury, debates and conferences, and several of their works were programmed in the festival. For the 1988 edition, Istomin commissioned Henri Dutilleux, who wrote the prelude, Le jeu des contraires (The Game of Opposites), now regarded as a major work of the contemporary piano repertoire. The pianists who were invited as members of the jury also gave master classes and recitals. In 1987, Paul Badura-Skoda, John Browning, Shura Cherkassky, Nikita Magaloff, Ivan Moravec, as well as the Lee Luvisi-James Buswell-Leslie Parnas Trio, performed at the festival. 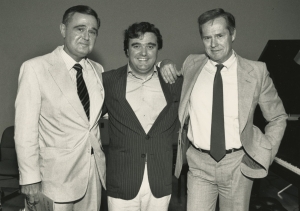 Istomin, Pommier and Rorem at the 1987 edition

Eugene Istomin was extremely proud of his project and its achievement. In an interview with Joseph McLellan of The Washington Post in July 1987, he stated: “There are no other festivals in the world quite like this… It is a symposium on the piano where major concert pianists and major pedagogues meet, exchange ideas and speak about the piano with advanced students and artists. There is no other festival that combines that with a series of lecture-recitals on sometimes esoteric masterpieces along with a series of major concerts involving great pianists. Add to that a world-class competition for the young, and there is no other place that has all this.“ Istomin brought together artists who came from various countries and had different musical backgrounds in order to make the debates and exchanges livelier. Publishers, piano makers and technicians were also invited, as key players in the lives of musicians. Istomin also brought in a doctor specializing in the hand, who delivered a presentation to the young pianists about the risks of injury they might face and the precautions they should take in order to avoid them.

Istomin had succeeded in mobilizing the capital’s media. In The Washingtonian of July 1986, he emphasized that playing the piano in public had become increasingly more difficult, as people had become used to the artificial perfection of recordings and expected to experience the same perfection in concerts. The festival and the competition were an opportunity to remind us that live music was not something impersonal and sanitized, but that spontaneity and risk-taking were also necessary. In an interview with Stephen Wigler, published by The Sun on July 12, 1987, Istomin testified: “Young man, nothing is as hard as walking out alone on stage at 8:30 to play the piano!” Wigler mentioned that Istomin had promised to do his best to bring the Kapell Competition to the same level of excellence and notoriety as the current major competitions, like the Tchaikovsky in Moscow, the Chopin in Warsaw and the Leeds in England. The journalist acknowledged that in the space of two years, the level of candidates was already significantly higher and that the quality of the artists invited to judge and perform at the festival had risen spectacularly.

However, at the same time as he was promoting the 1987 edition, Istomin announced his resignation as director. He explained to Joseph McLellan that it was certainly not due to a lack of enthusiasm for the project, but because its management had become much too time consuming year-round as he was about to embark on a new adventure: extended tours across the United States, travelling with his own pianos transported in a special truck. This was true, but it was above all a pretext. He did not wish to make public his disagreement with the University of Maryland on certain crucial points. In particular, he wished to space out the competitions, considering that the pool of candidates was too small to guarantee high-level winners each year. He also wanted to ensure that there was no obligation to give a First Prize when it was not justified. This actually happened in 1987. The average quality of the candidates was higher, but no one deserved the honor of a First Prize. After long deliberation (Istomin presided but did not vote), the jury decided not to award one, to the great displeasure of the President of the University and his staff. As he could not obtain an agreement on these crucial issues, Istomin preferred to step down. He recommended that his successor be a great performer, because only an artist of this caliber could possibly know what it means to play the piano at the highest level, and to this end he put forth the name of Seymour Lipkin.

Lipkin, attracted by the idealism that Istomin had brought, agreed to take over the artistic direction and run the competition and festival until 1992. In later years, the competition only took place every four years. Reviewing the 2007 edition in The Washington Post, Anne Midgette was delighted that Kapell’s spirit and the momentum given by Istomin were still present, confirmed by the presence of their friend Leon Fleisher. The place of contemporary American composers was preserved. The festival continued to organize master classes, meetings and lectures, always associating high quality and a festive atmosphere. The only significant innovation was the introduction of a violin or cello sonata in the semi-finals.

The next session was postponed to 2012 for financial reasons, and the project seemed to have lost some of its initial ambition, despite the presence in the jury of renowned pianists such as Richard Egarr, Cecile Licad or Peter Rosel. A new edition was announced in 2016 but was subsequently cancelled. It now seems that the project has been definitively abandoned.

William Kapell plays the Sonata in E Major K. 330 by Scarlatti, the Nocturne Op. 55 No. 2 by Chopin and Gato, an Argentinian dance by Emilio Napolitano.