This article, published in Musical America, is essentially based on an interview of Eugene and Marta Istomin. It synthesized the plan and its prospects. 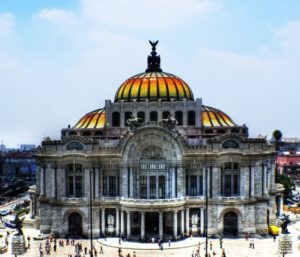 MEXICO CITY is scarcely a prime target one anyone’s festival itinerary, but the events of last October-November may mark the beginning of a change. For a period of over three weeks, a traveler to that capital would have found a newly formed orchestra in residence, a concert series by the London Symphony, a parade of familiar conductors (Mehta, Semkow, Comissiona, Schneider, Torkanowsky, and Mexico’s own Eduardo Mata, freshly appointed to Dallas); he could have heard ensembles on the order of the Guarneri Quartet and the Istomin-Stern-Rose Trio, plus fast-traveling soloists like Pinchas Zukerman and Jess Thomas. At the very least, the first International Casals Concerts, which not only recruited his aggregate of international talent but went to great lengths to enlist Mexican musicians and Mexican audiences, was a success on its own terms and left nobody disappointed. At the most, it could prove to be the igniting spark for an annual celebration that would inject vitality into the country’s own musical activities and bring in a flock of visitors as well. Right now, it all seems to depend on the Mexicans.

The Istomins: a helping hand 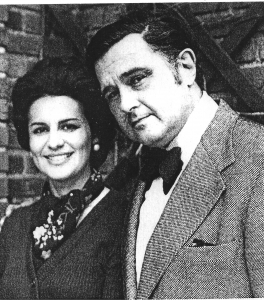 That the next move was up to the local citizenry was a point made quite clear by the two individuals who gave this particular festival its shape and character: Eugene Istomin and his wife, Marta Casals Istomin. The Istomins, of course, are practically the sine qua non in organizing anything which is to bear the name of Pablo Casals, but their role is far from honorary: they work like yeomen, their endorsement is enormously helpful in fundraising, and their professional associations undoubtedly have a good deal to do with the choice of soloists. But Eugene Istomin, who was artistic director of the Primeras Jornadas Internacionales Casals, and Marta (honorary director) did not, in this case, seek their jobs – nor did they receive compensation. They have quite enough to do, one gathers, in attending to the Casals Festival in Puerto Rico – and the sailing there has not been smooth, as readers of this magazine are well aware. The idea of the Jornadas originated with Mexico’s former President, Luis Echeverría ( whose term expired in December) –or to trace it back a step further, it was prompted by a suggestion of the American journalist and author Henry Raymont, an old friend of the Istomins and a confidant of Echeverría. Since Pablo Casals had participated in Mexican musical life and had given the premiere of his oratorio, El Pessebre, there in 1959, a festival in his honor, to begin in the centennial year of 1976, was deemed highly appropriate. At the start, Echeverría hoped that the Istomins might be persuaded to shift their sponsorship from the existing Casals Festival in San Juan to one in Mexico City. This they decline to consider, and they take pains to point out that the two events are quite distinct – the Mexico City affair even avoiding the use of the word “festival” in its title, for the sake of emphasizing the difference. But the Istomins were willing to enter into planning an honor to Casals “under the proviso”, Eugene Istomin says firmly,  “that this be a new thing, and that it be designed to help the musical life of Mexico move ahead”. 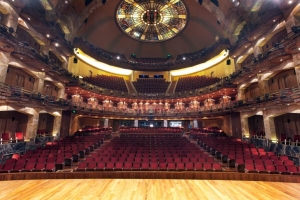 This stipulation was fulfilled in a number of ways. Eduardo Mata, a Mexican, was appointed principal conductor and technical director. A festival orchestra was formed, drawing on the best manpower of several Mexican symphonies ( from Mexico City, Vera Cruz, Jalapa, Guadalupe, Toluca), beefed up by some imported players (about twenty-five percent) : Mexican salaries were raised to match the fees paid the outsiders. The ensemble was proud to be called the Orquesta Pablo Casals de Mexico – the only orchestra to bear the maestro’s name since the one he himself founded in Barcelona in 1919. In addition to frequent concerts in Mexico City, under Mata and the guest conductors, it performed five concerts in the provinces while the London Symphony was in the capital. And, in possibly the widest-ranging gesture of all, the festival authorities saw to it that the programs were carried on radio and television throughout the country – broadcast for forty-nine towns and reaching an estimated two million people. Understandably enough, local Mexico City television directors, not particularly accustomed to working within a concert format, quailed slightly at an undertaking of this magnitude. To ensure the best possible presentation, the festival brought in the prize-winning New-York television director Allen Miller, who spent six advance weeks in Mexico training TV crews, and kept a close watch on production during the run of the concerts. Costs for the festival were met from three sources: one-third government funding, one-third private donations, one-third box-office.

It all added up to a heady three-weeks-plus. Concerts were held in the city’s somewhat ramshackle Palacio de Bellas Artes – all Napoleonic grandeur on the outside and decaying art-deco inside – and were repeated at very low prices in the 3,500 – seat Teatro Metropolitan, a movie theater, where crowds lined up for tickets. One of the Guarneri Quartet performances took place in the dazzling bright-gold rococo interior of a restored Jesuit church in Tepotzotlán, an hour’s drive out of town. The festival repertory (skirting Mexico composers like the plague – a matter that would bear some adjustment in the future) was solid and middle of the road – a Mahler Fourth with the Pablo Casals Orchestra under Mata, the Brahms Violin Concerto with stern, Wagner excerpts with Jess Thomas, all-Beethoven and all-Tchaikovsky programs by the LSO, with Istomin and Zukerman as soloists, respectively. 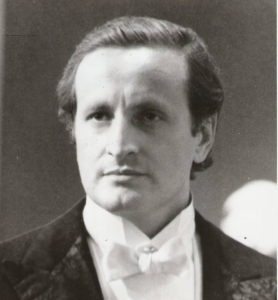 My own trip to Mexico City encompassed a silken but soft-boned performance by the Guarneri Quartet of Beethoven’s Opus 59, No. 1, and a fluid, flowing Stravinsky Concertino; and in the Bellas Artes, the Pablo Casals Orchestra under Mata in a performance of Stravinsky’s Symphony of Psalms and Mozart’s Grand Mass in D minor, with Heather Harper, Benita Valente, Michael Best and Gary Kendall, the soloists. The orchestra under Mata’s firm hold made a good showing and the solo singers, especially Mmes. Harper and Valente, were a joy to hear. Two choruses (from the National School of Music in Mexico City and the Niños Cantores of Puebla) sailed into the wind indomitably but were hard put to it. Nobody, however, thought of begrudging their share in the festival, and with more opportunity to perform on a large scale, doubtless some of the rough edges could be smoothed. That, after all, is the kind of local involvement Eugene Istomin had in mind.

The Istomins aren’t going out on a limb just now in regard to their share in the future of this undertaking. “We don’t want to institutionalize our part in this” is the way Istomin puts it. “To get our friends to come down, that’s OK for a while. But I am in the good years of my life and I’m a performing musician. I would prefer to speak through my piano playing. At least this year has been an injection – a Hypodermic of high quality. The Mexicans must continue it. Whether it will even keep its name, I can’t say. A Casals festival must fit into his view, and this may not suit the people here. But the Mexicans have the opportunity to develop this into the first international music festival in Latin America.” Although nobody said so specifically, the interest and backing of Mexico’s new President, José López Portillo, will have an important bearing on future plans.

Tribute to Eduardo Mata (1942-1995), a documentary of the Fonoteca Nacional de Mexico, produced on the occasion of the 70th birthday of the great Mexican conductor, who died prematurely in a plane crash. This video includes excerpts from the Beethoven Symphony No. 7 with the London Symphony Orchestra, a concert filmed during the Primeras Jornadas Internacionales Casals in November 1976.