On October 24, 2000, Arthur Conte presented Eugene Istomin with the insignia of Chevalier de la Légion d’Honneur (Knight of the Legion of Honor) in the Foyer of the Théâtre du Châtelet. This was just fifty years after he gave his first concert in France in this venue. It was very emotional for him, a mark of recognition of which he was very appreciative, and an opportunity to symbolically re-connect with his distant French roots. 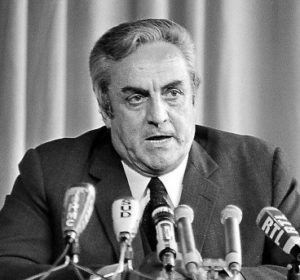 Here is the speech delivered by Eugene Istomin

I am delighted and, at the same time, amazed to find myself here as the recipient of this great distinction.
I cannot find words to express what this honor means to me. I confess that I do not deserve it any more than so many of my fellow countrymen in love with France. I will not bother you with the details of the long love story between our two countries. It goes back not only to Benjamin Franklin, the novelists of the 1920s, Gershwin and his American in Paris, but also to Lafayette, Tocqueville, even Chateaubriand (remember Atala!), Ravel, Milhaud and many others. 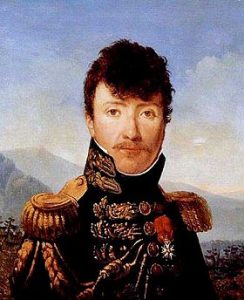 It is no exaggeration to tell you that France has the same importance in my life as America, and that I am proud to feel at home on both sides of the Atlantic. Incidentally, there may be a genetic reason for this. I am going to tell you about it.

Once upon a time there was a great emperor, Napoleon, who created the Legion of Honor, it was in 1802. But ten years later, he decided to invade Russia: a very bad decision! Among the generals who accompanied him were two brothers from Colmar, named Rapp, who gave their name to the famous Parisian avenue. Then came winter, which the Russians call Ded Moroz (Grandpa Frost). Retreat and debacle followed. One of the two brothers, Eugene, fell in love with a young Russian girl and married her; they had a baby girl, Alexandra, who in turn, married a Mr. Feodor Jankovitch. This splendid couple produced my father and my aunt Olga… So you see, I’m a bit Alsatian! Now I can pretend to own one square centimeter of Rapp Avenue, despite my great-grandfather’s defection for love’s sake. I would be ready to defend my lordly right with my sword of Knight of the Legion of Honor! 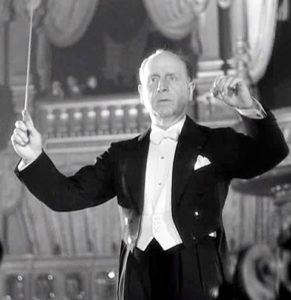 I believe that what is happening here today was predestined. I owe the start of my career in France to the confidence of two giants of music, Paul Paray and Pablo Casals. In 1946, I met Paray in Cincinnati, where he conducted the orchestra. I was twenty years old. I played a Schubert sonata for him and he got excited. He immediately promised to invite me as his soloist as soon as he had the opportunity. Then he told me: “We will have to plan something in France! I will introduce you to Paris. Are you up for it?” “Yes, I am. Of course I am! »
Indeed, he introduced me here, in this very Théâtre du Châtelet, with the Orchestre Colonne, on May 15, 1950. In addition, he recommended me in Marseilles, Lyons and Vichy, where a young flutist of the orchestra would become my friend, a certain Jean-Pierre Rampal. He also persuaded Marcel de Valmalète to become my manager. And it was not until many years later that I found out that my fees for this tour actually came from Paul Paray’s own pocket, because the concert societies had not been able to offer a fee to an unknown young American pianist. That is the quality of this great gentleman.

Shortly afterwards, I took the train to Prades to visit Pablo Casals. This time again a mutual spontaneous empathy arose and developed. The concerts, the recordings attest to this relationship that has completely changed my life. I continue to hold Casals in my heart like my own father. You see how romantic it all is!

I’ve known Arthur Conte for fifty years. An eminent writer, he was an admirer of Casals, to whom he devoted his first book, and a lover of Catalonia and France. When he was President of the ORTF, I gave a considerable number of concerts and made recordings for radio and television: recitals, concertos and trios with Isaac Stern and Leonard Rose. This legacy is, in my opinion, at least as important as the fifty or so records and CDs I have made over my career. 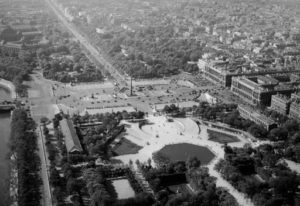 This is a very surprising observation for me which I could never have imagined when one day in March 1948, impatient to get to know France, I took a vacation after my fourth tour in America. I travelled in a cabine couchette de luxe on an Air France Constellation. Already immersed in everything that was France, I had Maurice Chevalier and Georges Auric as my neighbors (no, it’s not a tall story!) and I arrived, sixteen hours later, at Les Invalides and crossed the Place de la Concorde for the first time. Even today, I still have the same thrill whenever I see this Place again.

I bought a ticket at once for the Théâtre Marigny, where the Renault-Barrault company was giving The Trial by Kafka, in an adaptation by André Gide. I settled down immediately as an exotic bird into the nest of a French family: the Chatellier-Lamorlettes, who remain my French family to this day. Claude, a young fellow of my age, would become my close friend; his wife, Claudette, is here tonight.

I cannot end this response without repeating my love for this country, its cultural identity, and praying to God that it will never be diluted in the mainstream of “globalization”. Freedom, equality, fraternity: yes. Vulgarity: no. This is my wish for America too. 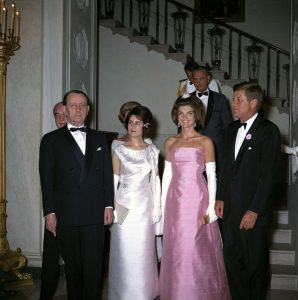 I have enjoyed the very close friendship of both “normal” and “exceptional” people. For example, the Hanlet staff that always welcomed me with incredible generosity, the great painter Arikha who literally opened my eyes to art, and thanks to whom I met Samuel Beckett and Pierre Rosenberg. I also have to name André Malraux, whom I met at the White House during a concert I gave for him and Kennedy, and with whom I had a very cordial relationship. And I had the privilege of commissioning a work by Henri Dutilleux, which he dedicated to me.

If I have any merit, it is to have musically advised some young French people, notably Jean-Bernard Pommier who asked me one day in 1963 to be his teacher. Since then he has had a brilliant career, as a pianist and conductor. He’s a very great musician! I am proud to have given back a tiny part of what my illustrious godparents had left me.

I must also mention the great French musicians with whom I have worked during my fifty-year career with such pleasure. Some of them are with us tonight.

Finally, I would like to thank Marta, my wife, who gave me her hand twenty-five years ago, without whom all this would have given me much less happiness.

I thank you all from the bottom of my heart. 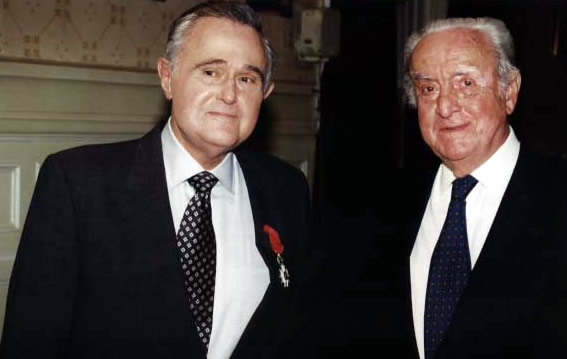 Eugene Istomin and Arthur Conte at the Théâtre du Châtelet on October 24, 2000