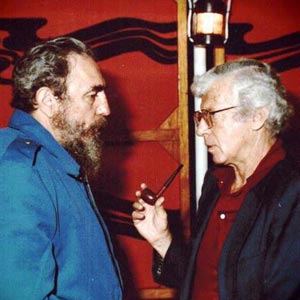 For Istomin’s 75th birthday, Henry Raymont wrote to him: “Remarkably, you have never confined your attention to music. You are a voracious reader with a refined taste for contemporary literature and art. Wendy and I will never forget the evening you dazzled our daughter Sarah, a budding writer, with your keen knowledge of the works of T.S. Eliot, Ezra Pound and Paul Bowles, and your collection of letters and first editions.”

For Istomin, Henry Raymont was the companion of ceaseless discussions on music and literature, and especially on world affairs. He was his partner in many projects on the border between politics and music. They shared the conviction that culture can be a very powerful instrument of communication, if not a weapon, in international politics, whose battles now take place much more in people’s minds, and through the media, than on the battlefield. 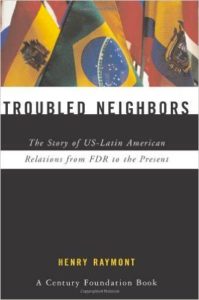 Henry Raymont was born in Germany in 1927, but his parents had emigrated to Argentina in 1936. He led a distinguished career as a journalist, notably for United Press and the New York Times. Recognized as the most respected specialist on Latin America, he became Director of the Department of Cultural Affairs of the Organization of American States, which brings together thirty-five states from both Americas. His main book, Troubled Neighbors, is a masterful account of the relationships between the United States and Latin America which follows the chronology of the successive administrations from Roosevelt to George W. Bush.

One of the first cases he handled was granting the status of Free Associated State of the United States to Puerto Rico. He was also involved in Casals’ visit to Puerto Rico in late 1955 and early 1956, participating with Abe Fortas and Governor Muñoz Marín in the birth of the Puerto Rico Casals Festival. This project was completed by the foundation of the Puerto Rico Symphony Orchestra and the Conservatory. It was clear to Raymont that such an event would give Puerto Rico a visibility which it was sorely lacking. Through his dispatches and articles, he contributed in large part towards making the festival known throughout the world. 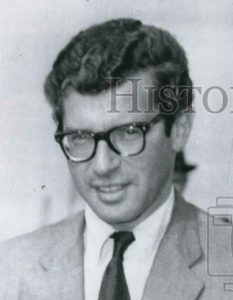 In 1961, he was based in Cuba and was the first to send a dispatch announcing the Bay of Pigs invasion. He was arrested by the Castroists and sentenced to death for espionage, but was soon released and deported after a vigorous mobilization of international opinion. Very close to the Kennedy administration, he served as an informal advisor in many economic and cultural development programs, such as the Alliance for Progress launched by Kennedy in March 1961. He was also involved in Casals’ visit to the White House in November of the same year. Throughout the 1960s, Raymont facilitated Istomin’s contacts with Secretary of State Dean Rusk and his staff. He was also convinced that sending the most prestigious American artists to promote the image of the USA in the world was a brilliant idea, especially as Istomin could attest to the fact that they were willing to do this for free. This initiative, which had been received with great interest by the highest authorities, was never acted upon by the administrative services, who remained stuck in their narrow-minded routine. 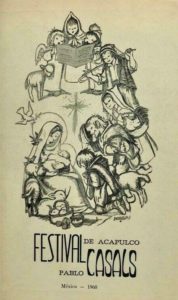 World premiere of El Pessebre in 1960

Raymont’s attachment to Pablo Casals and his friendship with Istomin found many opportunities to materialize. In 1966, there was the spectacular celebration of Casals’ 90th birthday in the presence of American Vice-President Hubert Humphrey. In 1976, on the centennial of Casals’ birth, Henry Raymont suggested to Luis Echeverría, the President of Mexico, to whom he was close, that he create a Casals Festival in Mexico. Casals had a special affection for this country which had refused to recognize Franco’s regime. Diplomatic relations between the two countries were not restored until 1977. Above all, Mexico had welcomed many Spanish Republicans who were forced into exile with open arms. In 1956, Casals went to Mexico and expressed his deep gratitude. It was also in Mexico that he symbolically chose to conduct the premiere of his oratorio El Pessebre, the starting point of his great crusade for Peace.

The Primeras Jornadas Internacionales Casals were held in the autumn of 1976 with huge success and enormous media impact. Eugene Istomin had agreed to serve as unpaid artistic director, and Marta Casals-Istomin as honorary president. They had done their best to get the Mexicans to become involved in the event and to ensure that this experience would give a boost to Mexican music life. Unfortunately, José López Portillo, the Mexican president who succeeded Luis Echeverría shortly afterwards, did not wish to continue, and there was no second edition of the festival, much to Henry Raymont and Istomin’s dismay.