One would not expect Eugene Istomin to be in charge of organizing major musical or political events. A first obvious obstacle was the lack of time and availability. It seemed almost impossible to manage important projects when you are almost always travelling around the world and giving more than a hundred concerts a year! Nor should we forget his prevalent passions for politics, reading, art, baseball… It was also a matter of temperament. Istomin was so quick to criticize the failures of the impresarios and organizers that one would not imagine he was willing to enter this family! He eventually did it and his new “colleagues,” who were doubtful about his abilities in their domain, had to admit that he was very efficient and successful. Judson’s assistant, Ada Cooper, complimented him and maliciously added: “Now I feel you will have a little extra sympathy for the other side of the road, when the going seems a little bumpy”.

The first responsibility came in spite of himself in 1952. Alexander Schneider having resigned, Istomin could not refuse Casals’ suggestion to take over the artistic direction of the Prades Festival. He was not yet 27! Gradually abandoning the administrative work, he kept the charge for three subsequent festivals. The second great challenge appeared in 1976, for a tribute to Casals in the occasion of the centennial of his birth. At the request of Mexican President Luis Echeverria and at the insistence of his friend Henry Raymont, Istomin accepted to create the first major international festival in Latin America in Mexico City. The experiment was a remarkable success, but Echeverria’s successor did not wish to pursue it. The third venture was of a different nature, even though friendship and fidelity were still the driving force. In 1985, the University of Maryland offered Istomin the opportunity to take over the direction of its festival and piano competition. He accepted under the condition that he could carry out a truly ambitious project. He gave the name of William Kapell to the competition and undertook the development of the festival in a very innovative way. He soon ran into the lack of vision of the University’s management and decided to retire after the 1987 edition.

The common point of these three major projects is that he gave them a fantastic boost, but he soon uninvested himself. He considered that his primary vocation remained to be a performer and that transforming himself into an organizer would harm his activity as a musician. However, he was always concerned to pass the baton in the best possible conditions and to ensure that what he had established could continue. In Mexico, he had managed to empower Mexican musicians, bringing together an orchestra with the best instrumentalists in the country and coaching them by experienced American musicians. He spotlighted the young and very talented Mexican conductor Eduardo Mata. In every field (music, production, communication, administration, broadcast), he had the desire to give an impetus and prepare the teams for autonomy. He had stated from the outset that his investment would be short-lived and that it should be the Mexicans themselves who would take charge of this event. When he left the William Kapell Competition, he made sure that his resignation did not appear as a disavowal, and he suggested a successor who would be faithful to the spirit he had instilled.

Apart from these great musical adventures, Istomin had two other important opportunities to apply his ideas, his resourcefulness and his rigor. In 1968, he became head of the Committee of Artists and Writers to support Hubert Humphrey’s candidacy for the presidential elections. In 1980, when he was a special adviser to the President of Harcourt Brace Jovanovich, he succeeded in setting up a colossal project: the publication of a huge series of books presenting the collections of the Hermitage Museum in Leningrad. He had succeeded in convincing Soviet politicians and curators at the Museum, and had assembled a team of Western experts. Unfortunately, the invasion of Afghanistan created such tension in diplomatic relations with the USSR that this unprecedented cultural cooperation was cancelled. 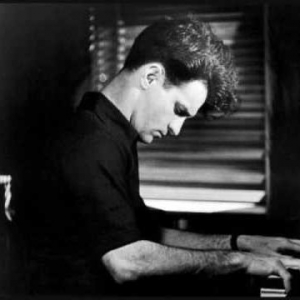 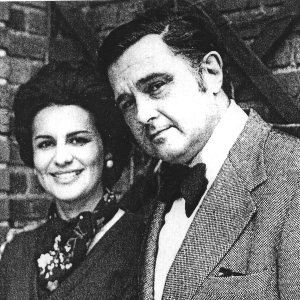